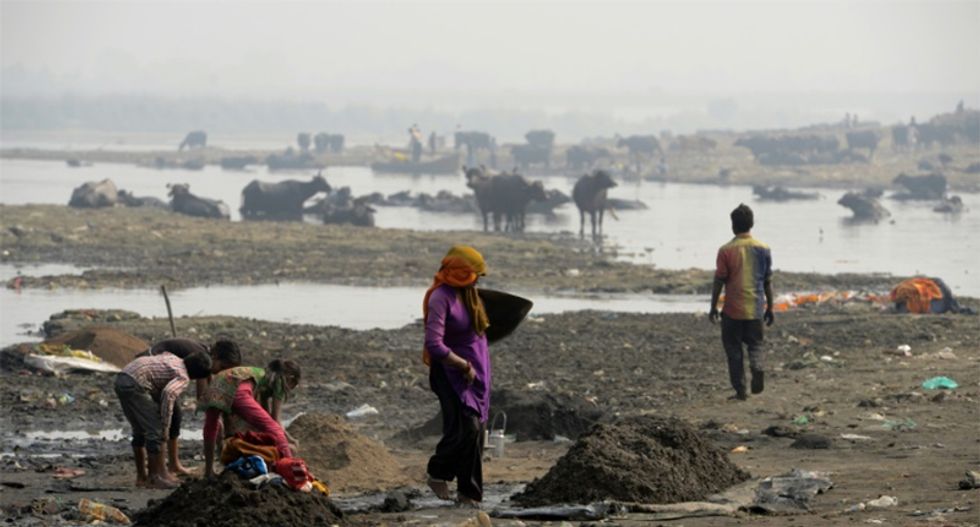 Metal salvagers in Moradabad collect and illegally burn huge mounds of discarded electrical chips by the riverside, hoping to extract traces of gold and silver while exposing city dwellers to fumes laced with heavy metals and carcinogens AFP / MONEY SHARMA

In the northern Indian city of Moradabad fumes from burning electronic waste blend with seasonal smog to create an even deadlier mix of pollutants than in Delhi, where filthy air has caused public outcry and made global headlines.

India's smog crisis has centred on the capital but pollution is as bad or worse beyond its borders, with millions in smaller cities like Moradabad barely aware of the harmful effects of the air they breathe.

For more than a week toxic smog has hovered over densely populated regions of northern India and Pakistan, sending pollution levels soaring to many times the World Health Organization safe limit.

Delhi, the world's most polluted capital city, became the epicentre of the crisis as doctors declared a public health emergency and sent millions of students home from school.

But in Moradabad, like many cities across northern India, air pollution was also off the charts.

Yet few appeared fazed at their city's degraded environment despite the metallic taste hanging in the air.

"There is no pollution," declared resident Shetty Bhai, as dozens of furnaces in the background billowed reeking smoke from smouldering e-waste into the air.

"We face no issues and work, play and run normally. We don't suffer from any disease," he told AFP.

The city's nearly one million inhabitants face a toxic brew beyond what instruments can measure.

The air quality index, a combined measure of poisonous gases and fine airborne particles, hit 500 -- the absolute maximum beyond which no further readings can be obtained.

The dial remained stuck there for almost a week. 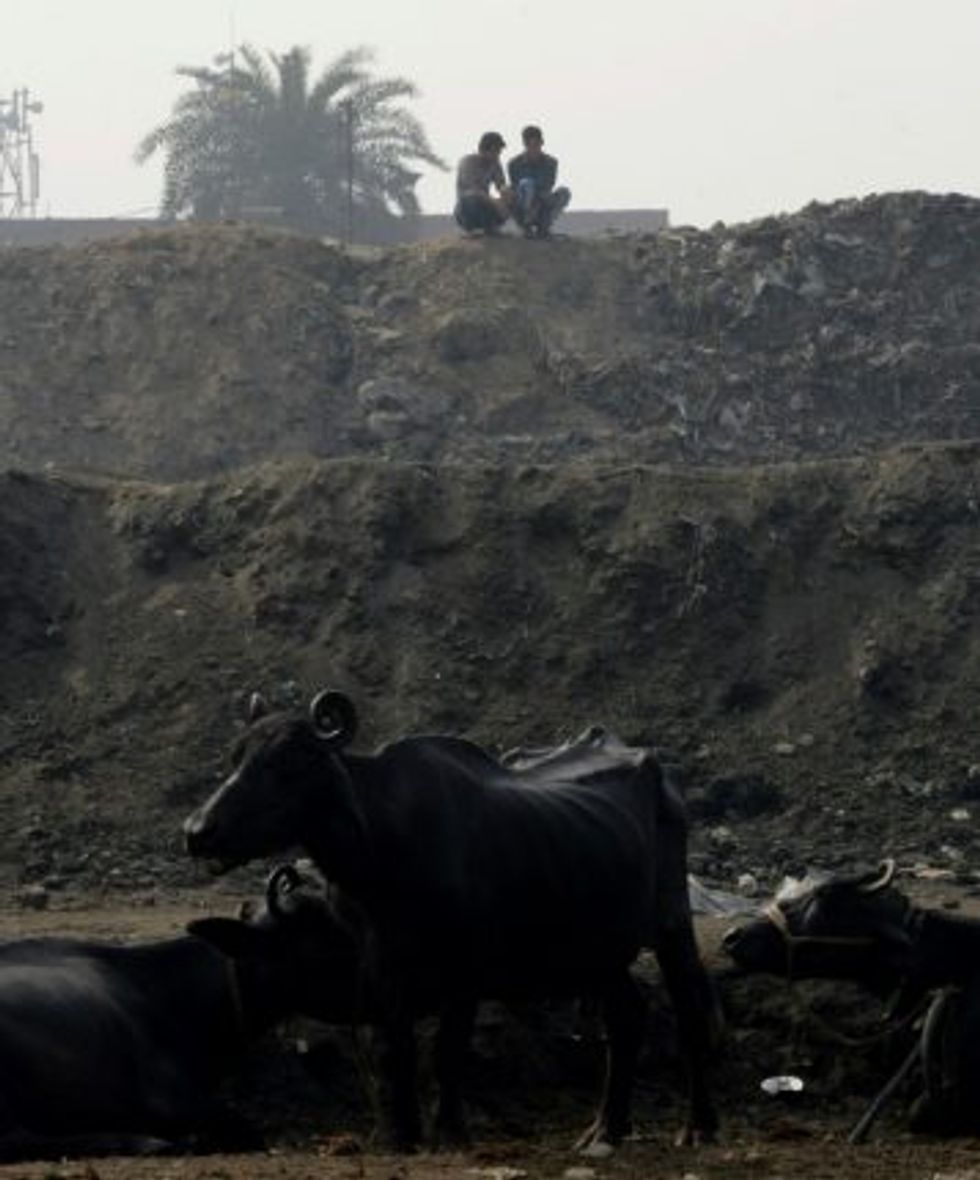 India's smog crisis has centred on the capital but pollution is as bad or worse beyond its borders, with millions in smaller cities like Moradabad barely aware of the harmful effects of the air they breathe AFP / MONEY SHARMA
[/caption]

The smog mingles with tiny particles released by burning e-waste that the WHO says can cause "irreversible damage" to children's immune and nervous systems in high doses.

There was little evidence of masks or other precautions being taken even as smog hung so thick it burned the eyes and blurred visibility.

"Air quality in this city is very, very bad. It has an averse impact on our health," Singh, an expert on the damaging impacts of e-waste, told AFP.

WHO in 2016 reported that 10 of the world's top-20 polluted cities were in India, including four in the enormous state of Uttar Pradesh east of Delhi.

Moradabad is just a dot on the map in this impoverished state -- which at 200 million people has the population of a large country.

But its dire air is emblematic of the annual pollution scourge that stretches far beyond Delhi as burning crops, industrial smog and car emissions blend with cool, still air to create a toxic mix. 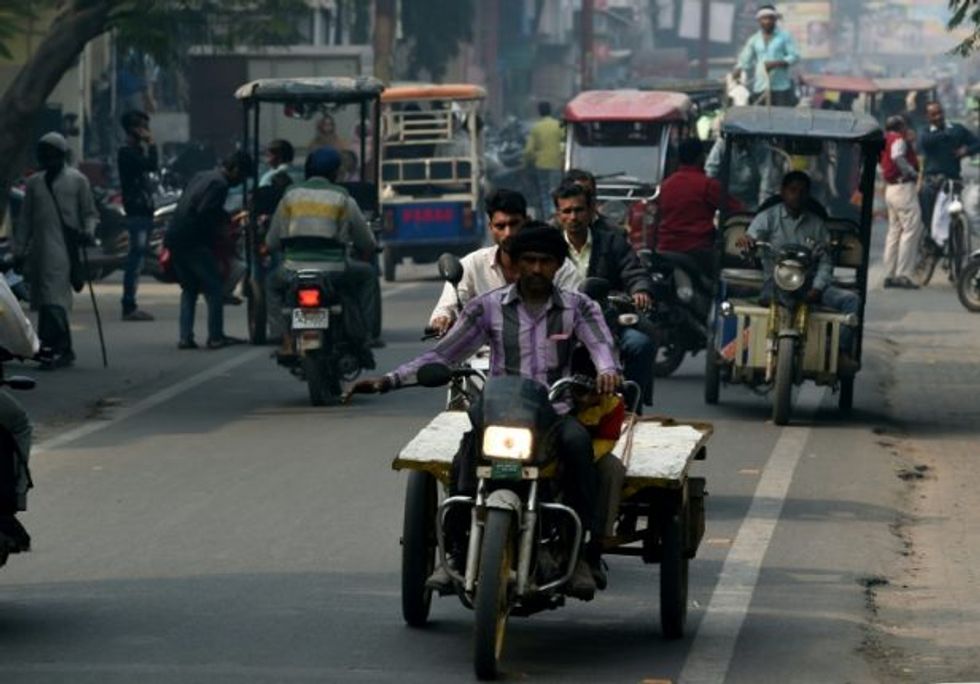 In the capital, local authorities shut brick kilns and industrial sites in an attempt to curb conditions described by the city's chief minister as a "gas chamber".

But in Moradabad, the city's mainstay industry in e-waste scavenging roars on.

Metal salvagers illegally burn huge mounds of discarded electrical chips by the riverside, hoping to extract traces of gold and silver while exposing city dwellers to fumes laced with heavy metals and carcinogens.

The dirty industry has boomed in recent years amid a slump in brass processing, and ever greater clouds of metallic smoke have hovered over the city's streets.

"The main cause of worsening air pollution is rampant electronic waste burning. Pollution levels have peaked in the last decade," Singh, the researcher said.

Health experts say a lack of awareness around the harmful impacts of smog in smaller northern Indian hubs like Moradabad puts these pollution blackspots at enormous risk.

"Local newspapers write about pollution in New Delhi, but there is no mention of pollution in Moradabad," Anamika Tripathi, project coordinator with the National Air Monitoring Programme, told AFP.

Monitoring is also a huge issue. 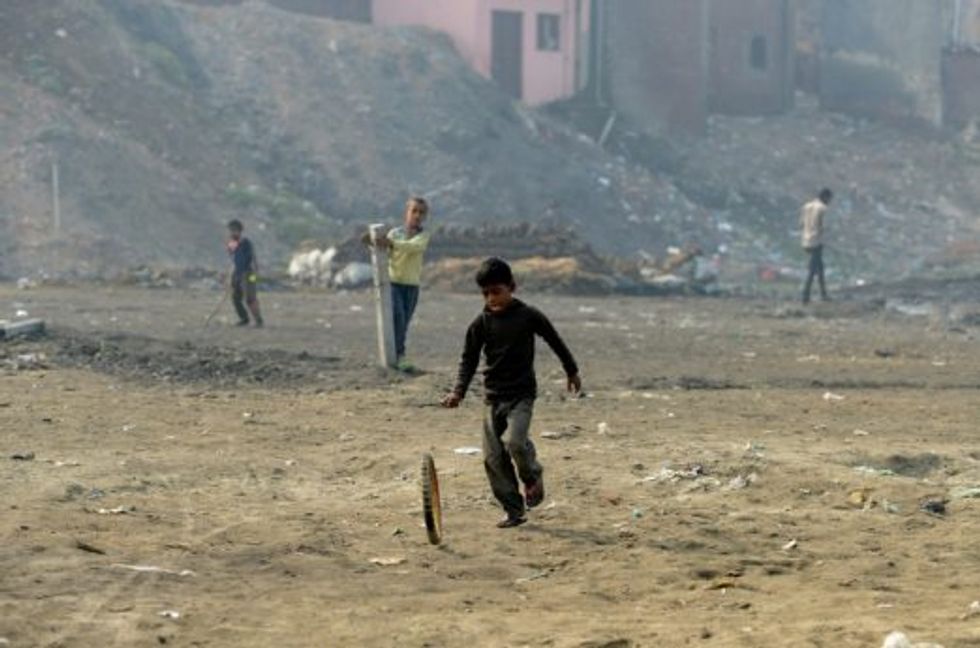 India has just 30 real-time pollution monitoring stations for its nearly 1.25 billion people, most of them in Delhi, leaving blank spots across its northern Indian smog zone.

Azeem Iqbal, a leading pulmonologist in Moradabad, said his caseload had skyrocketed in the past fortnight.

"People become aware of the harmful effects of air pollution only when they fall prey to it, and start showing symptoms of diseases," he said.