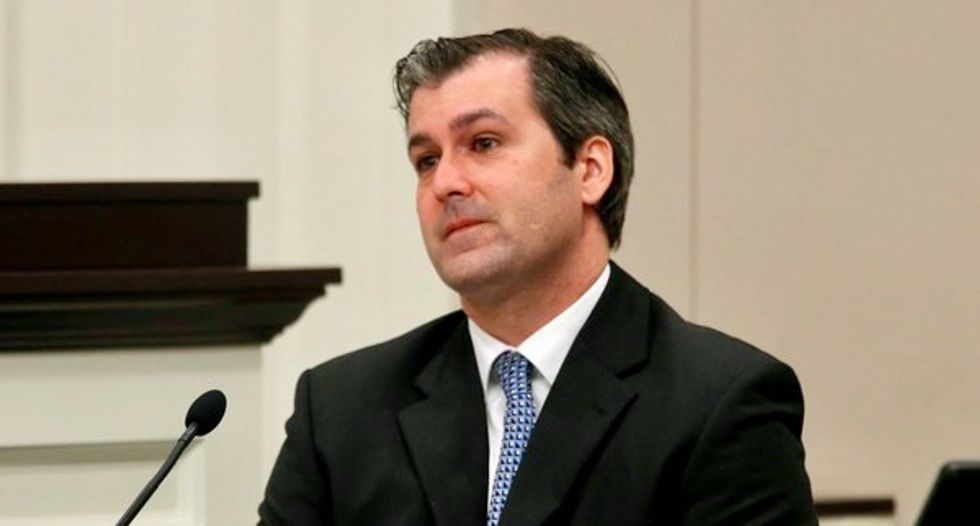 A white former South Carolina police officer filmed as he fatally shot an unarmed black motorist in the back two years ago will be sentenced on Dec. 4 on a federal civil rights charge, court officials said on Friday.

A widely distributed cellphone video of the shooting taken by a bystander heightened a national debate about police treatment of minorities across the United States.

The Dec. 4 sentencing hearing will be held in U.S. District Court in Charleston. Judge David Norton, who heard Slager's guilty plea in May, has blocked out a week for the proceedings, his office said.

Slager, 35, faces a sentence ranging from zero years, or time served, to a maximum of life in prison on the civil rights charge. He has been in federal custody since his guilty plea just weeks before his federal trial was to start.

Slager fired eight shots at Scott's back, hitting him five times. He opened fire after the motorist fled a traffic stop for a broken brake light and he and Slager fought.

Slager's attorney Andrew Savage told Charleston's Post and Courier newspaper on Friday that he would emphasize the fight and that the video did not show the whole story of what happened.

"He (Slager) certainly was not looking for trouble that day, with the idea to hurt somebody," Savage was quoted as saying.

Justin Bamberg, a lawyer for the Scott family, said he favored a long prison sentence, perhaps life, as a deterrent to others in positions of public trust.

"You cannot do these kinds of things and if you do, the punishment will be severe," Bamberg, who helped secure a $6.5 million civil settlement for Scott's family, said by phone. Slager also was in jail for about nine months while facing state murder charges. He was released on bail in January 2016.

State prosecutors dropped a murder charge against Slager after he pleaded guilty to the federal charge. His murder trial ended with a hung jury last year.

(Reporting by Harriet McLeod; Editing by Ian Simpson in Washington and Jonathan Oatis)