Specter of Menendez retrial could haunt US Senate Democrats in 2018 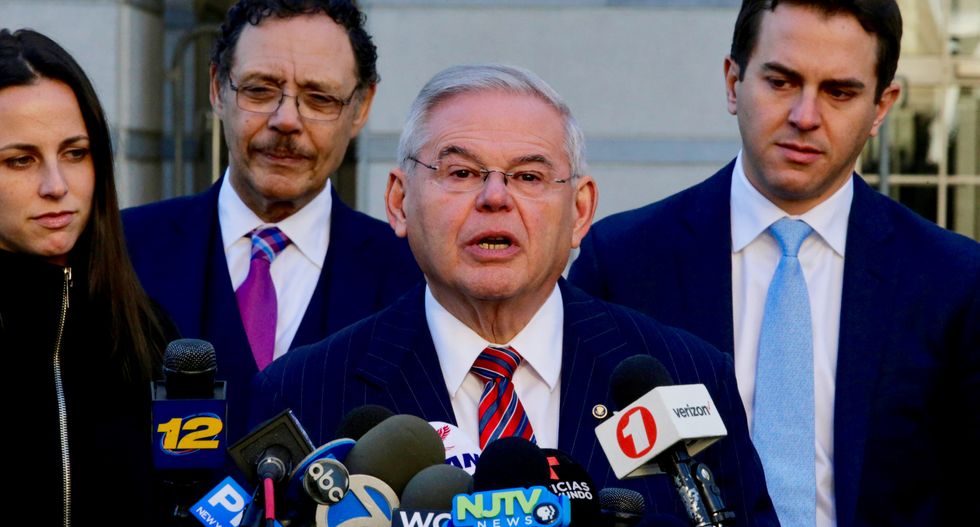 Democrats avoided potentially losing a seat in the U.S. Senate when the bribery case against New Jersey's Bob Menendez ended in a mistrial on Thursday, but now face the risk that a retrial could complicate his expected 2018 re-election bid.

A federal jury in Newark, New Jersey, failed to reach a unanimous verdict in a case where Menendez was accused of accepting bribes from a wealthy patron. His lawyers said he merely received gifts from a close friend.

If federal prosecutors choose to try the 11-year incumbent again, it could pose a major headache for Senate Democrats, who already face a daunting electoral map in 2018 in their long-shot quest to take back the chamber.

Republicans hold a 52-48 advantage and only have nine senators up for election next year, compared with 25 members of the Democratic caucus. New Jersey has not elected a Republican senator since 1972.

The Justice Department said in a statement that prosecutors would "carefully consider" their next steps.

Ten of the 12 jurors voted for Menendez's acquittal, the Washington Post reported, citing an interview with one juror.

That could give U.S. prosecutors pause and could also shift public opinion in favor of Menendez, said Brigid Callahan Harrison, a political science professor at Montclair University.

"In my opinion, he emerges from this stronger than ever," Harrison said. "The idea that a Republican could win in New Jersey in 2018 with Donald Trump as president – I'm not saying it's impossible, but it is a very slim chance."

Democrats dodged one possible bullet on Thursday. Had Menendez been convicted, Republican senators would likely have pressed him to resign or called on Democrats to expel him, allowing Republican New Jersey Governor Chris Christie to name his replacement.

Christie will be succeeded in January by Democrat Phil Murphy, who vowed to support Menendez after a trial that lasted more than two months.

But a similarly lengthy trial next year would cost Menendez considerable time off the campaign trail and present voters with media accounts re-airing the charges.

Menendez seemed ready for a fight.

"To those who were digging my political grave so that they could jump into my seat, I know who you are, and I won't forget you," he told reporters outside the courthouse.

Menendez so far faces no high-profile Republican or Democratic challengers.

Most political analysts give Democrats a chance at flipping only two Republican-held Senate seats in 2018, those of Dean Heller in Nevada and the retiring Jeff Flake in Arizona.

The mounting allegations of sexual misconduct against Alabama Republican Senate candidate Roy Moore have given Democrats hope they can score an upset win in that state's special election next month.