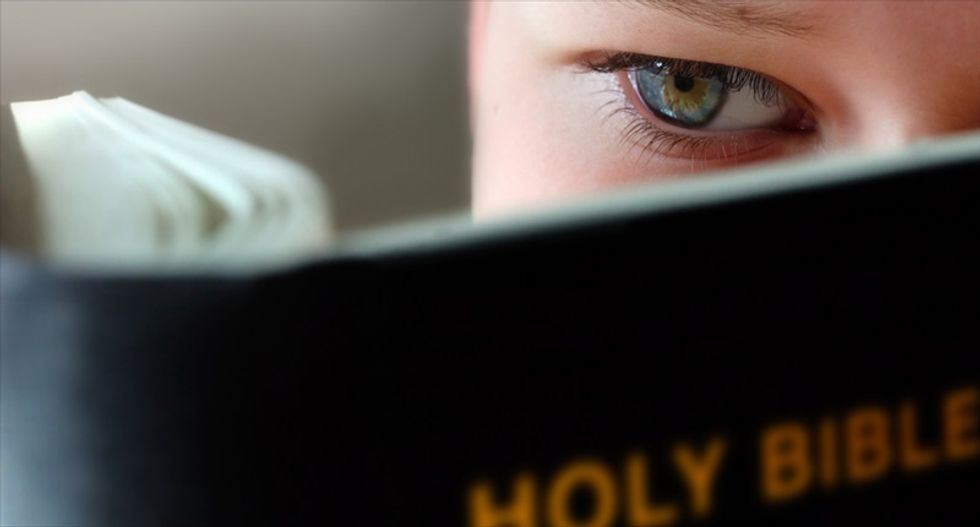 Why have so many Roy Moore supporters so easily shrugged off multiple accusations that he molested teenage girls three decades ago?

According to Candida Moss, a professor of theology at the University of Birmingham in the United Kingdom, many Christians subconsciously view women accusers with suspicion because of how women are portrayed in the Bible.

Writing in the Daily Beast, Moss notes that women in biblical stories are often depicted as deceitful liars whose role is to lead men into temptation.

"The biblical seductress Delilah embodies this understanding of women when she leads astray and emasculates the heroic Samson," she writes. "Delilah is both a whore, as she is paid by the Philistines to discover the secret of Samson’s power, and a liar, as she pretends to care for Samson in order to extract his secret and render him impotent."

Delilah isn't the only biblical femme fatale, however, as Moss notes that Eve, the Bible's very first woman, was the one who convinced Adam to eat of forbidden fruit in the Garden of Eden. Then there's the story of Lot, who was seduced and deceived by his own daughters in a shocking act of incest.

There are notable exceptions to such negative depictions of women, of course, such as the Virgin Mary. However, Moss notes that women only seem to catch a break in the Bible when they "redeem" themselves by becoming mothers.

"Modern religious communities that cherry pick scriptures that support existing systems of power bring the dark chauvinism of the ancient world into the present," she concludes. "In a world in which the party injured by rape is the father of the girl involved, can the voice of the victim ever truly be heard and believed?"