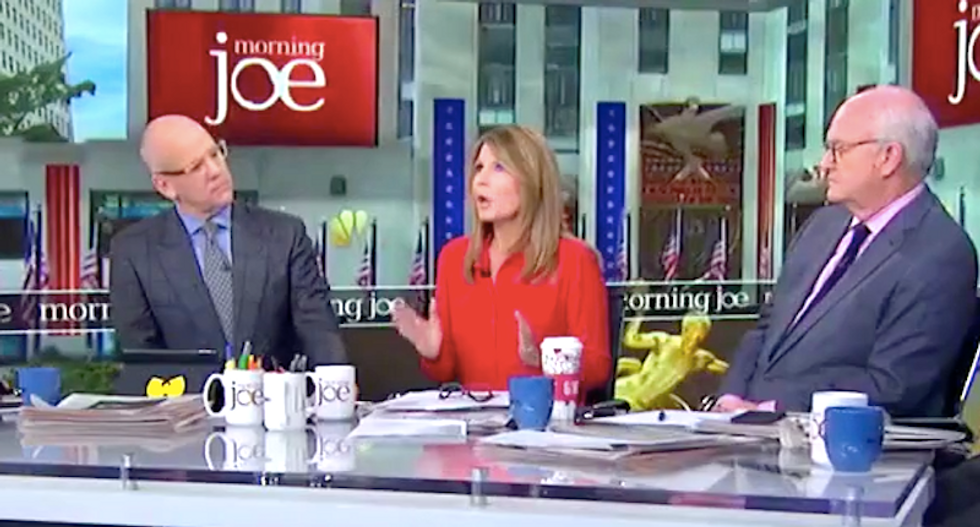 Four women have accused the GOP candidate for U.S. Senate of sex abuse, but many Republicans have generally withheld their condemnation until those claims are proven true.

"People are saying 40 years, it was 40 years ago," said Elise Jordan, a political analyst for MSNBC and former Bush White House and State Department aide. "Who cares? That means that this women have been playing this on auto repeat for every day of their lives. The one woman, the 14-year-old, she tried to commit suicide two years later, and then you have people saying if these allegations are true? Well, it made a big difference in that little girl's life and that woman's life."

Washington Post reporter Robert Costa, whose colleagues broke the story last week, said Moore's insistence on staying in the race could present a real problem for the GOP during next year's midterm elections.

Panelists were disturbed by Moore's statements Friday to Fox News anchor Sean Hannity, whose defense of the GOP candidate's conduct has cost him sponsors.

"This wasn't just the story, it was Roy Moore's response to it, in which he essentially doesn't deny having had these relationships," said USA Today senior political Heidi Przybyla. "He denies assaulting the women, but then he says, 'I didn't -- I never dated any of them without permission from their mother.' Well, who needs permission from their mother if you're another 30-year-old person? It was his own response to this that was so problematic."

MSNBC political analyst and veteran columnist Mike Barnicle said the four women likely were just the tip of the iceberg.

"If you're a cop and you're interrogating Roy Moore the way that Sean Hannity interrogated Roy Moore, if you have a guy like Roy Moore in the box, in the interrogation room and talked like he spoke to Sean Hannity, you're thinking one thing looking at him across the table," Barnicle said. "There's more to come from this creep."