Top ranks of career US diplomats thin under Rex Tillerson 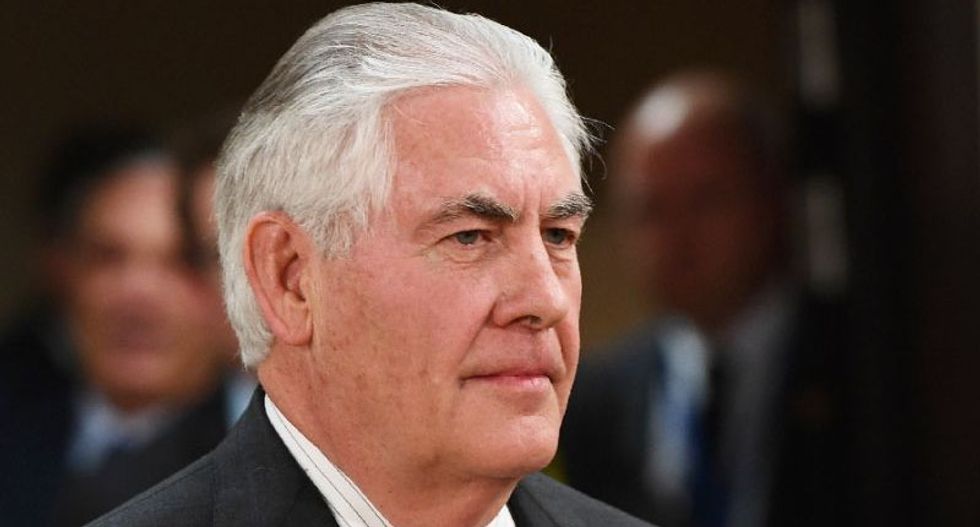 The U.S. foreign service has seen its top ranks shrink under Secretary of State Rex Tillerson, according to a letter written by the head of the union representing U.S. diplomats seen by Reuters on Wednesday.

The number of career ambassadors, the foreign service's highest personal rank granted to only a handful U.S. diplomats, has dropped by 60 percent, according to the letter by American Foreign Service Association (AFSA) President Barbara Stephenson.

The number of career ambassadors declined to two from five with this year's retirement of William Brownfield, Kristie Kenney and Victoria Nuland, who held top State Department jobs.

The next rung down, with the rank of "career minister,' has shrunk to 19 from 33, the letter said, and the one beneath, of "minister-counselor," has dropped to 369 from 431 in early September and continues to decline.

Since taking office on Feb. 1, Tillerson has embraced the White House's proposal - rejected by key members of Congress - to cut the State Department budget by about 30 percent and imposed a hiring freeze while analyzing the agency's operations and deciding how to reorganize them.

The State Department did not dispute the numbers cited in the letter but an agency spokesman who declined to be identified argued that "suggestions that drastic cuts to our foreign service ranks are taking place are simply not accurate."

The spokesman said the 60 percent reduction in the number of career ambassadors was misleading because there were only five at the start of the year and said Tillerson "plans to nominate individuals for this role in the near future."

The spokesman did not provide apples-to-apples comparisons on the number of diplomats with the rank of career minister and minister-counselor, but did give figures for a broader set of senior U.S. diplomats.

According to Stephenson's letter, the U.S. diplomatic corps is also shrinking at the bottom rung, The letter said "intake into the Foreign Service at State will drop from 366 in 2016 to around 100 new entry-level officers joining ... in 2018."

The number of people applying to take the competitive exam to enter the U.S. Foreign Service is projected to be cut by more than half this year from over 17,000 people in 2015, she said. An AFSA spokesman said this figure was for calendar 2015.

"This trend corresponds with an improving economy and similar trends have been observed in the past," he said.

In her letter, Stephenson noted congressional support for State Department funding and argued that Tillerson was weakening the U.S. foreign service.

"Where then, does the impetus come from to weaken the American Foreign Service?  Where is the mandate to pull the Foreign Service team from the field and forfeit the game to our adversaries?" she added.

While not directly addressing these questions, the State Department spokesman said: "The goal of the redesign has always been to find new ways to best leverage our team’s brains, ingenuity, and commitment to serving our nation’s interests."