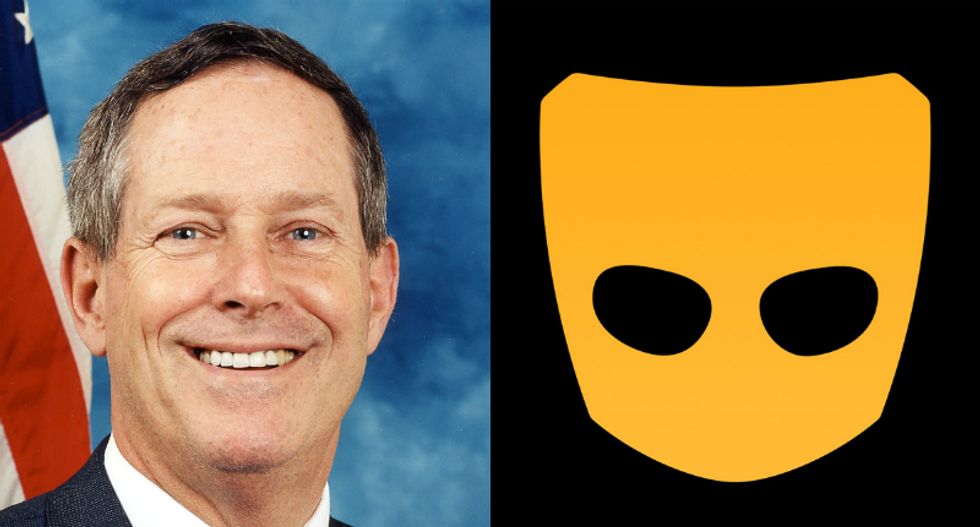 After receiving messages using racial slurs on Grindr, the popular gay dating app, a Washington, D.C. man and his friends uncovered the identity of a Trump supporter who interns for homophobic congressman Joe Wilson (R-SC).

According to the Washington Blade, a newspaper serving D.C. LGBTQ community, former Marine Rashad Humphries received messages on Grindr earlier this month from someone with the username "TGIF" that called him a "n*gger" multiple times.

“I became upset, more so annoyed,” Humphries told the Blade. “I wanted to find out who he was because the communication between me and him was obviously negative at best.”

So Humphries, along with his boyfriend Joel Garcia and their friend Matt Curtis, decided to do some investigating.

Garcia and Curtis, who are Latino and white, respectively, both messaged the "TGIF" user to see what their interactions were like, and discovered he treated them both very differently than he had Humphries, who is black. They then began acquiring photos and information from him to try to discover his identity.

"I reached out to him and basically…pretended to be like someone who wanted to meet up and hook up with him,” Curtis said. “My sole motive was try to find out who this person is. That person had a totally opposite conversation with me. It was very nice."

He eventually acquired the user's cell phone number and Facebook profile, where he found out the user was a Republican and a supporter of President Donald Trump. Curtis sent screenshots of the profile to Humphries, who then posted them on Facebook to alert other members of his community about the racist in their midst. Soon, another gay veteran said the user also sent him similar messages as well.

After Humphries made the post, the user in question began repeatedly messaging Curtis, telling him to get the post taken down because he wasn't out of the closet.

"I’m f*cking crying," he wrote in another.

After reviewing the post, the Blade did their own digging and found that the user's name and photos matched a now-deleted LinkedIn profile for someone identifying as a current intern for Rep. Wilson. A Wilson staffer confirmed that the person did indeed work on Wilson's 2016 re-election campaign, but was not a current staffer.

As their report notes, Wilson sits on the House's Armed Services Committee, has voted against healthcare for transgender military service members, and was against the repeal of "Don't Ask, Don't Tell." He is perhaps best known for shouting "You lie!" at former President Barack Obama in 2009.