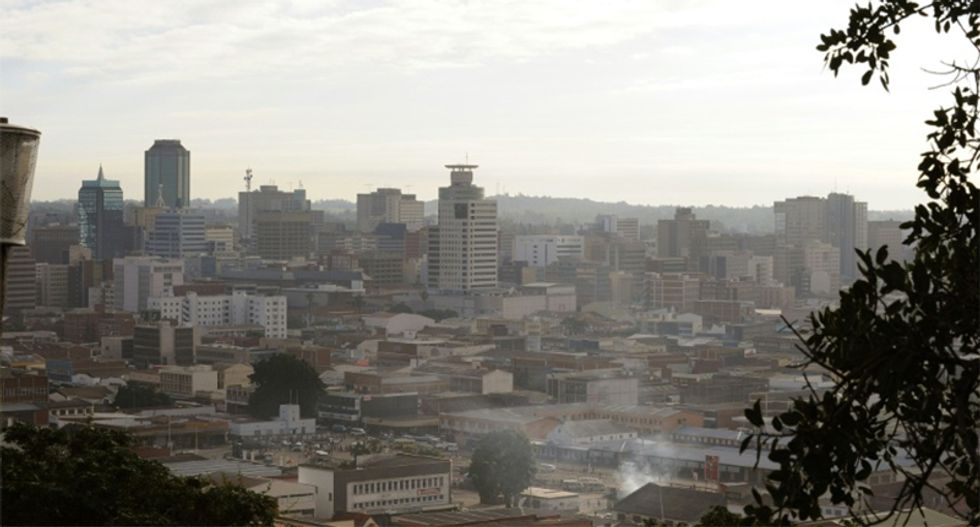 The US embassy in Zimbabwe on Wednesday warned its citizens in the country to "shelter in place" due to "ongoing political uncertainty" as the crisis threatening President Robert Mugabe's government deepened.

"As a result of the ongoing political uncertainty through the night, the Ambassador has instructed all employees to remain home (Wednesday)," the embassy in Harare said in a statement.

"The embassy will be minimally staffed and closed to the public... US citizens in Zimbabwe are encouraged to shelter in place until further notice."

The British foreign office earlier said it was "aware of reports of military vehicles moving on the outskirts of Harare" and said it was monitoring the situation closely.

Several armoured vehicles were seen driving down main roads outside the Zimbabwean capital on Tuesday, as tension erupted between Mugabe's regime and the military that has been a key buttress to his 37-year reign.

The public dispute has presented a major test of whether 93-year-old Mugabe, who has ruled since independence from Britain in 1980, still has a firm grip on power.