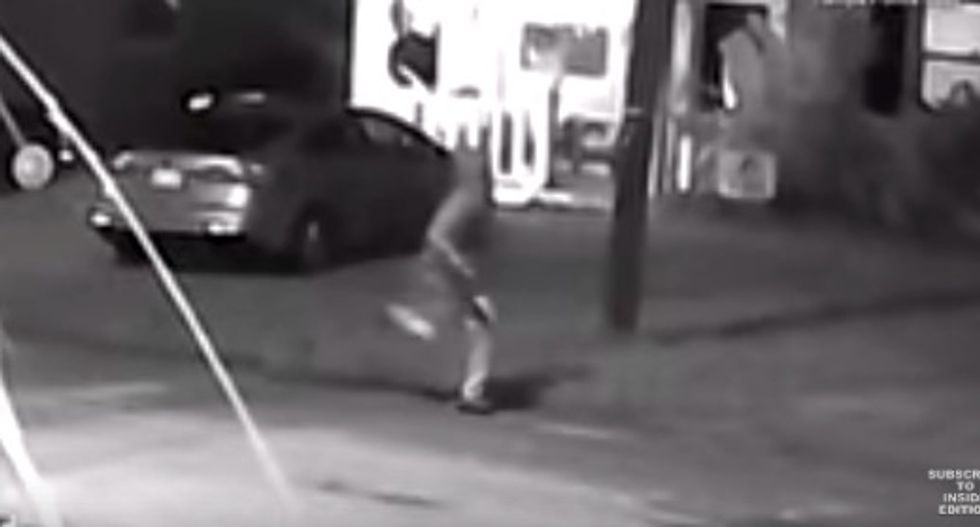 Tampa police on Wednesday showed two videos of a man they suspect may be a serial killer who is feared to have murdered four people in the past two months in a string of nighttime attacks.

Asking for the public's help in identifying the suspect, Police Chief Brian Dugan played the videos of what appears to be a thin black man, whom he described as between 6 feet and 6 feet, 2 inches tall, both taken near the locations and around the times of two of the murders.

"I don't believe in coincidence that the same person was around at the same time that two people were murdered," Dugan told a news conference.

He said the videos were recorded on Oct. 9, the date of the first killing, and on Tuesday, when the most recent slaying occurred.

Dugan said that person in the videos may not have committed the murders, but added: "If they didn't do it, they know something."

The most recent victim of the string of slayings was 60-year-old Ronald Felton, killed at 4:51 a.m. on Tuesday, according to police.

Three people were killed in the Seminole Heights neighborhood in an 11-day period in October.

Dugan also said the FBI added $50,000 to the reward for information leading to the suspect, which combined with other rewards totals $91,000.

"This person is able to flip a switch and go out there and murder someone," Dugan said.