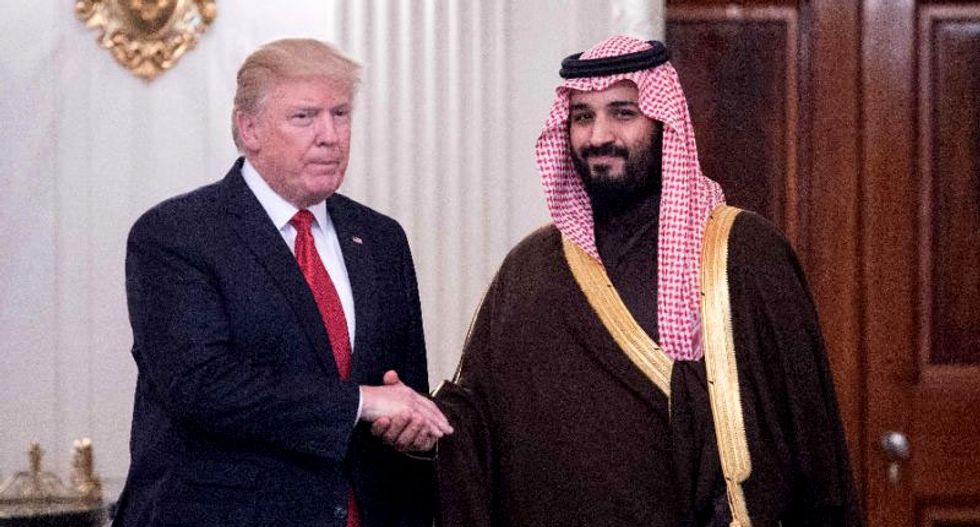 The White House on Wednesday condemned missile attacks by Yemen'sHouthi militias on Saudi Arabia, saying they threatened the region's security and undermined efforts to halt the conflict.

Saudi Arabia said its air defense forces intercepted a ballistic missile fired from warring Yemen over the capital Riyadh on Saturday. The rocket was brought down near King Khaled Airport on the northern outskirts of the capital.

Saudi Arabia's Crown Prince Mohammed bin Salman said Iran's supply of rockets to militias in Yemen was an act of "direct military aggression" that could be an act of war.

"Houthi missile attacks against Saudi Arabia, enabled by Iran's Islamic Revolutionary Guard Corps, threaten regional security and undermine UN efforts to negotiate an end to the conflict," the White House said in a statement as U.S. President Donald Trump began a visit to the Chinese capital.

"These missile systems were not present in Yemen before the conflict, and we call upon the United Nations to conduct a thorough examination of evidence that the Iranian regime is perpetuating the war in Yemen to advance its regional ambitions," the statement added.

It said the United States would continue working with other "like-minded" partners to respond to such attacks and expose what it called Iran's destabilizing activities in the region.

Iran denied it was behind the missile launch. On Wednesday, Iranian President Hassan Rouhani said missile attacks from Yemen were a reaction to what he called Saudi aggression.

In reaction to the missile, the Saudi-led coalition closed all air, land and sea ports to the impoverished country. It also intensified air strikes on areas controlled by the Houthis including the capital Sanaa.

The war has killed more than 10,000 people and triggered one of the worst man-made humanitarian disasters in recent history.

The United Nations on Tuesday called on the coalition to re-open an aid lifeline into Yemen, saying food and medicine imports were vital for 7 million people facing famine.