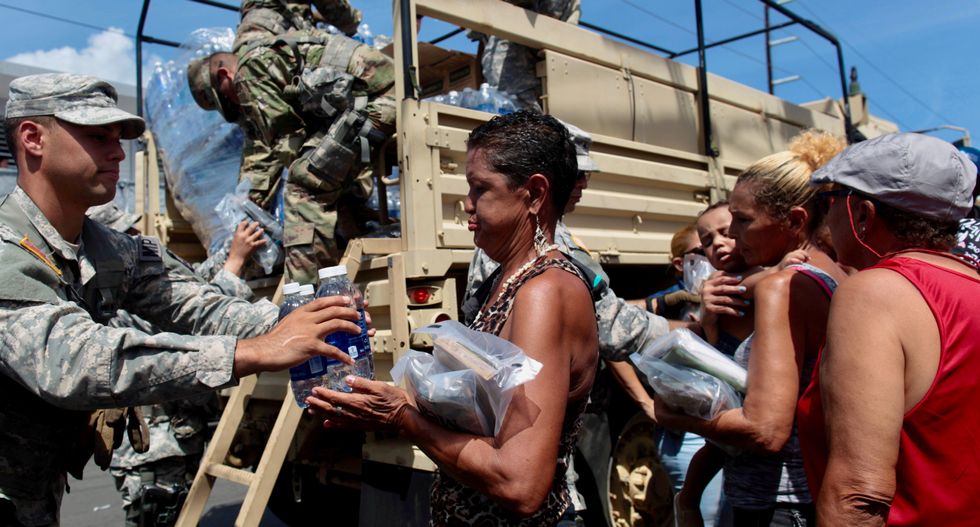 The White House plans to ask the U.S. Congress on Friday for about $45 billion in additional aid for disaster relief to cover damage from hurricanes that struck Puerto Rico, Texas and Florida and other disaster damage, a congressional aide said on late Thursday.

The request would be significantly short of what some government officials say is needed.

Puerto Rico Governor Ricardo Rossello on Monday requested $94.4 billion from Congress to rebuild the island's infrastructure, housing, schools and hospitals devastated by Hurricane Maria. The state of Texas earlier this month submitted a request for $61 billion in federal aid.

Last month, Congress approved $36.5 billion in emergency relief for Puerto Rico and other areas hit by recent disasters and said it planned to seek another round of funding after it reviewed requests from federal agencies and state and U.S. commonwealth governments.

Senator John Cornyn, a Texas Republican, said late Thursday at a congressional hearing his staff had been briefed on the White House that would be released on Friday that he called "wholly inadequate" but he did not disclose the precise amount.

He said the White House had also "short-changed" funding for wildfires that have struck the western United States. The October disaster assistance bill included $576.5 million for wildfire-fighting efforts.

The White House did not immediately respond to a request for comment late Thursday.