Wife of Oakland Raiders coach trashes Trump for football tweets: I regret voting for you 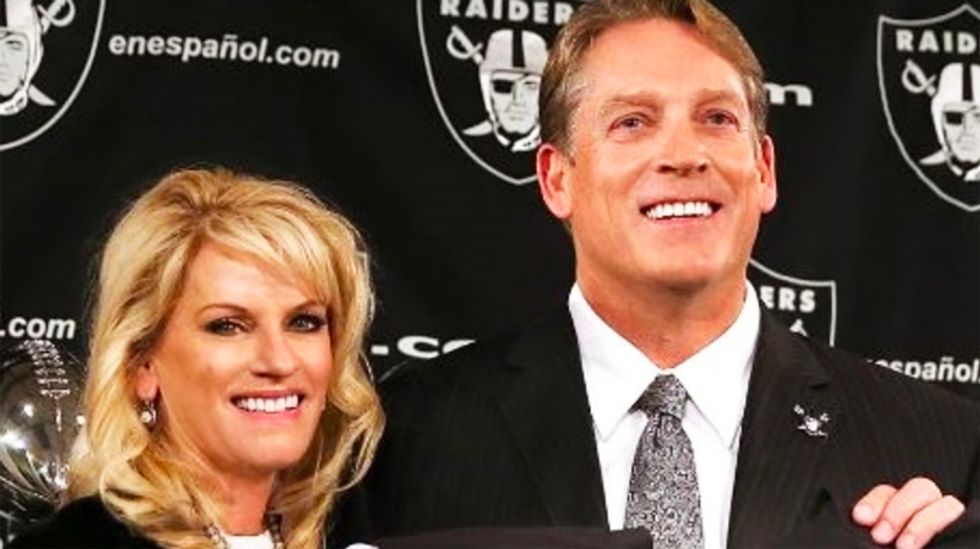 Writing on Twitter, the wife of Oakland Raiders coach Jack Del Rio  took a shot at President Donald Trump for continually harping on football players protesting inequality by taking an knee at games, telling the president, "I regret voting for you."

Monday morning, Trump once again took up his cudgel against black football players, attacking Raiders player Marshawn Lynch for kneeling during the U.S. anthem while standing for the Mexican anthem.

"Marshawn Lynch of the NFL’s Oakland Raiders stands for the Mexican Anthem and sits down to boos for our National Anthem. Great disrespect! Next time NFL should suspend him for remainder of season. Attendance and ratings way down," Trump tweeted.

Responding on Twitter, Linda Del Rio fired right back at Trump, pointing out the charitable work the players were doing in Mexico.

“President Trump I voted for you, which I now regret,” Linda Del Rio tweeted on Monday. “Football is a powerful platform -here's the charitable work we did in Mexico City.”

She added, "Take more time being president and less time trying to shame."

You see a screenshot below along with Trump's tweet. 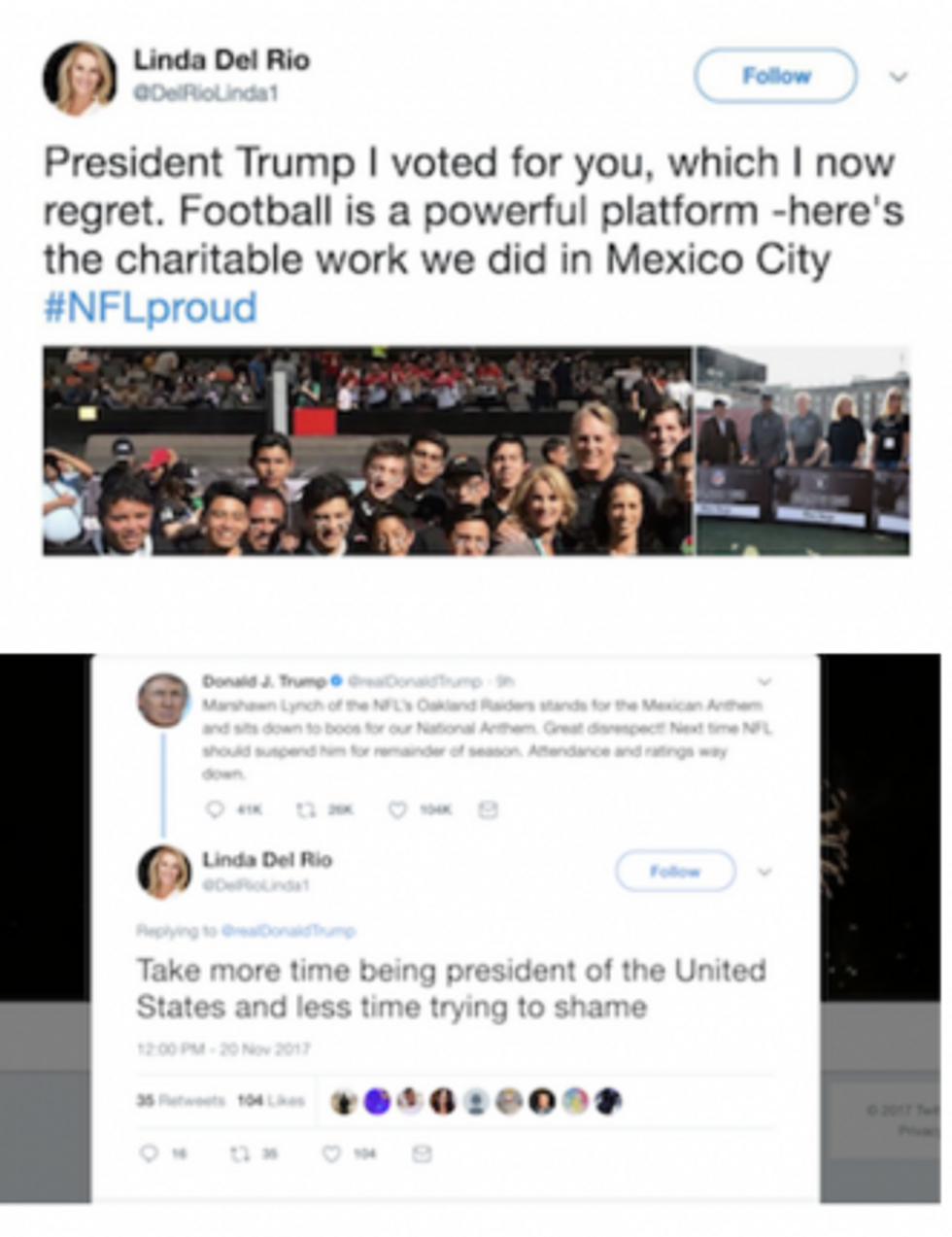