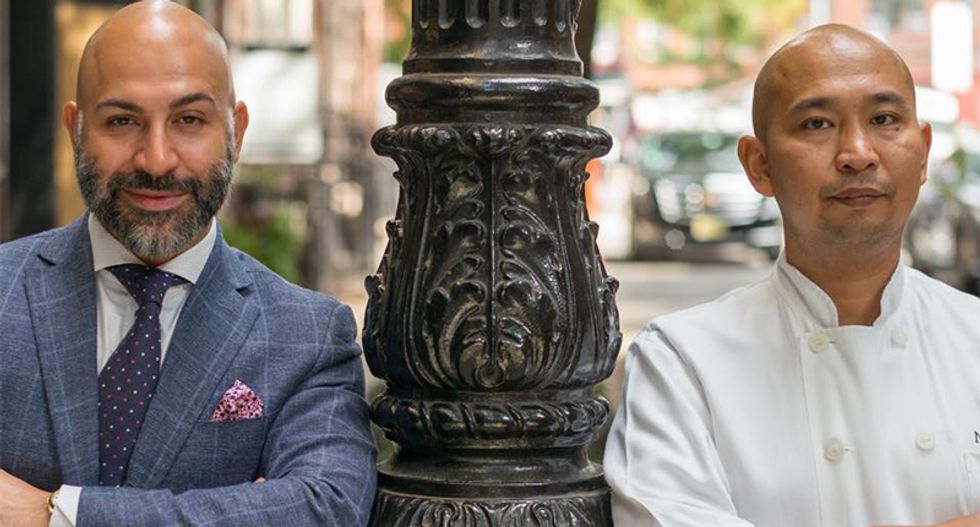 A New York restaurant's owner and top chef have been hit with a class-action suit accusing them of wage theft -- just as the owner is set to open a new location inside President Donald Trump's Washington, D.C. Trump International hotel.

According to the Washington Post, Alessandro Borgognone was named specifically in the lawsuit alleging the servers weren't paid a minimum wage and tips were divided up and improperly distributed. Also named was renowned chef Daisuke Nakazawa. The restaurant was also called out for failing to pay overtime wages and failing to give required wage notices, the lawsuit alleges.

Borgognone has already come under fire in December for attacking the Washington, D.C. food scene as "meat and potatoes" city.

The suit goes on to allege that Borgognone told employees he “had been to [sic] generous with staff financially, and he stated that he was setting new rules for how the restaurant would be closed and how employees would cash out each night.”

From there, he allegedly restructured the company's tip pool, where servers put their tips together and distribute it equally among each other. His new structure included tips for management, bussers, hosts and kitchen staff, who are ineligible for tips. If those employees also receive "tips" they fall under the tipped-wage guidelines, which is significantly lower than the federal minimum wage for non-tipped workers.

The Post notes that there is already a controversy brewing within the Department of Labor about tip pools. New regulations would allow for what Borgognone did.

“The proposed rule does nothing more than authorize wage theft on the part of the employer,” attorney Molly Elkin told The Post. She's currently a partner at the Washington law firm Woodley & McGillivary, which focuses on labor law. “The employer can simply pocket the tips, and Trump’s [Labor Department] will not care.”

The restaurant is scheduled to open in Washington, D.C. in February.

Borgognone has been called "the most hated restauranteur in America" and has an openly hostile relationship with celebrity chef Anthony Bourdain, who said of Borgognone, "I have utter contempt for him, utter and complete contempt."