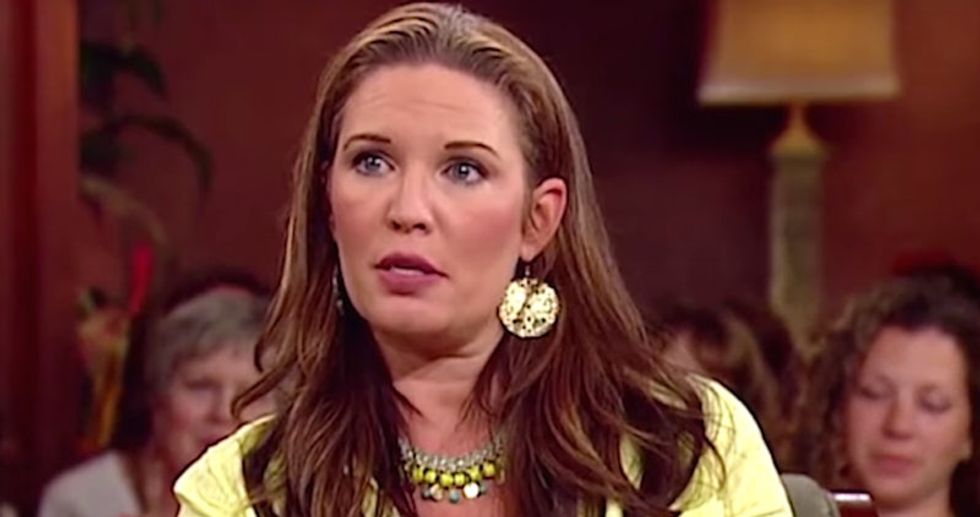 A popular evangelical speaker with a string of best-selling books and a home renovation show on HGTV revealed that she has been flooded with death threats because she has been critical of President Donald Trump and supported same-sex marriage.

In an interview with Politico, Jen Hatmaker said the "Christian Machine" has turned on her since she went public with her views, with retailing giant LifeWay Christian Stores pulling her books from the shelves and former fans burning them

According to Hatmaker, she was part of the "never Trump" faction of conservatives who were appalled by the rise of Trump during the 2016 campaign, telling her followers he made her “sad and horrified and despondent.” Following the release of the notorious "Access Hollywood" tape, she went after male Evangelical leaders who defended Trump's actions, tweeting: “We will not forget. Nor will we forget the Christian leaders that betrayed their sisters in Christ for power.”

Adding to her problems was an interview with Religion News Service where she came out and stated that she supports same-sex marriage.

That was the final straw for what she called the "Christian Machine," saying her children were accosted in the tiny Texas town where she lives, the death threats started pouring in and her fans turned on her.

“The way people spoke about us, it was as if I had never loved Jesus a day in my life,” she said in a recent speech.

Writing on her blog, she stated: "This year I became painfully aware of the machine, the Christian Machine. I saw with clear eyes the systems and alliances and coded language and brand protection that poison the simple, beautiful body of Christ. I saw how it all works, not as an insider where I’ve enjoyed protection and favor for two decades, but from the outside where I was no longer welcome. The burn of mob mentality scorched my heart into ashes, and it is still struggling to function, no matter how darling and funny I ever appear; the internet makes that charade easy."

"Simultaneously, other things died during the election season. Much ink has been spilled here and I won’t belabor the point, but I know I'm not the only one holding a pile of tattered threads in her hands, wondering what on earth just happened to our supposed holy common ground," she added. "The Christian Machine malfunctioned, and we are all still staring at each other, trying our damnedest to figure out how we understand the gospel so differently, unsure if we will ever find our way back to each other."

According to the evangelist, she is refusing to back down and still delivers sermons pushing non-conservative views such as supporting gun control, Black Lives Matter and immigrant refugees.

"For me,” Hatmaker explained, “it’s not as base as, ‘I’m just going to keep being political for the sake of it,’ so much as it is that all of this policy, all of this rhetoric, all of this leadership, it affects real live human people. That, for me, is where I am no longer comfortable remaining silent.”

You can read her whole story here.

US closes investigation into notorious Emmett Till civil rights murder

The US Justice Department announced on Monday that it has ended its investigation into the 1955 murder of Emmett Till, an African-American teenager whose brutal slaying galvanized the civil rights movement.

Till, a 14-year-old from Chicago, was abducted and murdered in August 1955 while visiting relatives in the southern state of Mississippi.