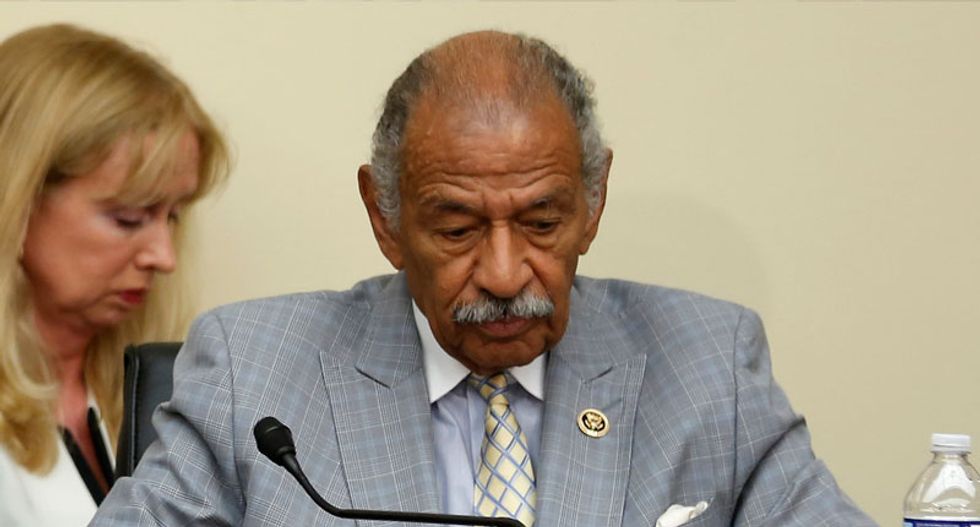 Democrat John Conyers, the longest serving member of the U.S. House of Representatives, announced his retirement on Tuesday, amid accusations of sexual harassment, and endorsed his son to take his place in Congress.

"I am in the process of putting my retirement plans together and will have more on that very soon ... I am retiring today," Conyers said in an interview with a Detroit radio station.

"I have a great family here and especially in my oldest boy, John Conyers III, who incidentally I endorse to replace me in my seat in Congress," Conyers said.

The House Ethics Committee last week opened an investigation into Conyers, 88, after he said his office had resolved a harassment case of a former staffer with a payment but no admission of guilt.

Conyers, who was first elected to the House in 1964, is the first major U.S. politician to step down since the recent wave of sexual harassment allegations. He has denied the accusations and continued to do so in the interview on Tuesday.

"Whatever they are, they are not accurate or they are not true, and I think that they are something that I can't explain where they came from," he said.

Conyers called for all records in such cases to be made public.

Congress has been reviewing policies on how to handle sexual harassment complaints after a string of cases involving prominent figures in the U.S. media, Hollywood and politics, including Republican President Donald Trump, Democratic Senator Al Franken and Republican Senate candidate Roy Moore.

Trump and Moore have denied the accusations against them. Franken has apologized for his actions.

Conyers, a founding member of the Congressional Black Caucus, stepped down last month as the senior Democrat on the House Judiciary Committee amid the allegations.

Several former employees have publicly accused him of a range of misdeeds, including inappropriate touching, sexual invitations and showing up for a meeting with one woman in his underwear.

Twelve other women who said they had worked for Conyers defended him in a statement last month, saying they did not see him behave inappropriately.