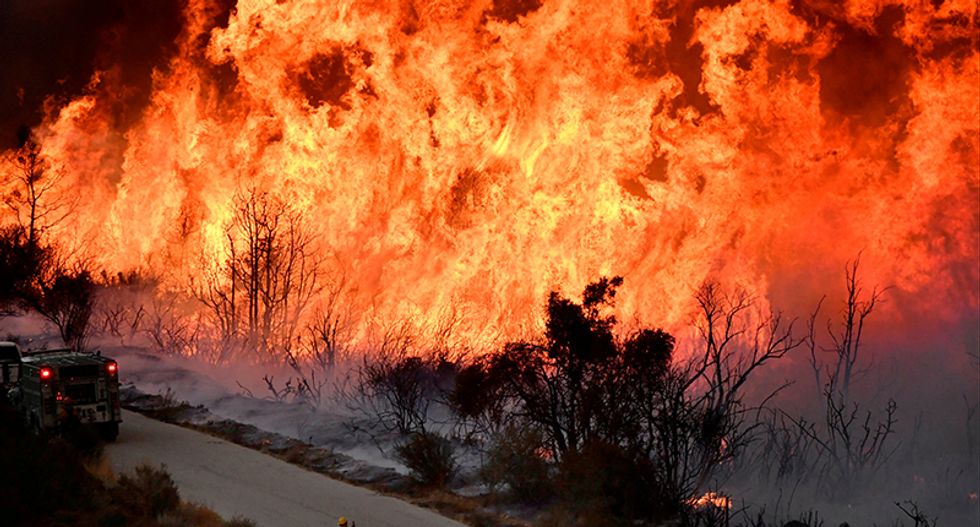 Crews battled shifting winds and difficult terrain on Friday to stop a mammoth wildfire that has burned for nearly two weeks along the scenic California coastline, killing a firefighter and destroying more than 720 homes.

The so-called Thomas Fire, which broke out on Dec. 4 near a private college in the community of Ojai, has since raged across 252,000 acres, or nearly 400 square miles, making it the fourth-largest wildfire since record-keeping began in California in 1932.

The flames were only 35 percent contained as of Friday afternoon. Fire officials said a return of gusty Santa Ana winds made further progress difficult.

"Topography, fuels, and shifting winds are presenting a challenge to this operation," the California Department of Forestry and Fire Protection said on its website.

"Cory Iverson ... made the ultimate sacrifice to save the lives of others," Ventura County Sheriff Geoff Dean told a community meeting on Thursday night.

The wildfire remains a threat to some 18,000 homes and other structures in the communities of Santa Barbara, Carpinteria, Summerland and Montecito along California's coastline.

The conflagration has already burned 728 homes to the ground and damaged another 171, while displacing more than 94,000 people.

Further south, strong Santa Ana winds were expected to return to the mountains of Los Angeles counties by Saturday night, the National Weather Service (NWS) said, where other fires had recently raged.

The return of strong winds was also forecast for San Diego County by Sunday night, the NWS said.

The fire and others to the south in San Diego and Los Angeles counties have disrupted life for millions of people over the last 11 days.

The fires have forced many schools to close for days, shut roads and driven hundreds of thousands from their homes and into shelters. The fires are also responsible for poor air quality throughout Southern California, compelling commuters to wear protective face masks, local media reported.