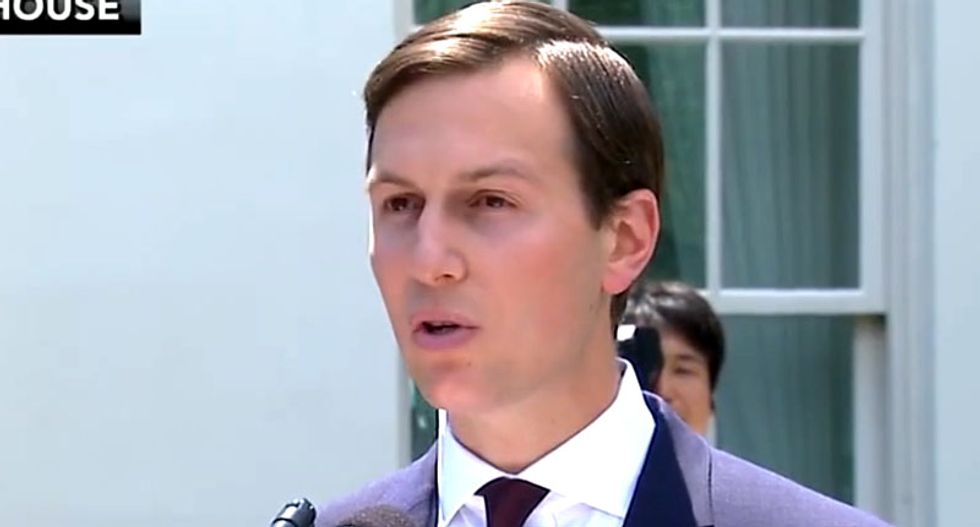 WASHINGTON (Reuters) - A group of Democratic lawmakers on Wednesday wrote to Jared Kushner, U.S. President Donald Trump's son-in-law and adviser, asking whether in his talks with foreign officials he had ever discussed financing for a deeply indebted Kushner Companies property in Manhattan.

The property at 666 Fifth Avenue has a $1.15 billion mortgage due in less than two years, and has raised concerns among lawmakers that it could pose a conflict of interest for Kushner.

Kushner headed Kushner Companies until he sold his interest to a family trust earlier this year. He is a senior adviser to the president and has been involved in Middle East policymaking.

The 13 Democratic lawmakers, in their two-page letter to Kushner and seen by Reuters, said: "We are concerned that you may be leveraging your White House position to seek financial assistance for 666 Fifth Avenue, which according to various reports has at least $1.2 billion in debt, of which more than half is owned" by Kushner Companies.

A White House spokesman declined comment on the letter and referred the matter to Kushner's lawyer, Abbe Lowell. Lowell could not immediately be reached for comment.

Special Counsel Robert Mueller, who is probing possible collusion between Russia and Trump's 2016 presidential campaign, has questioned Kushner. It is not known whether Mueller's team is looking into issues involving 666 Fifth Avenue.

Trump has denied any collusion between his campaign and Moscow officials.

The letter from the lawmakers, led by Rep. Ted Lieu of California, asked whether, since Trump's election on Nov. 8, 2016, Kushner has discussed the property "with any foreign nationals or entities" in Saudi Arabia, the United Arab Emirates, Qatar, China, Israel, France or other countries.

If so, they asked, "did you discuss anything related to helping finance, purchase, or assist with the debt on 666 Fifth Avenue?"

The lawmakers asked Kushner to respond by Dec. 12.