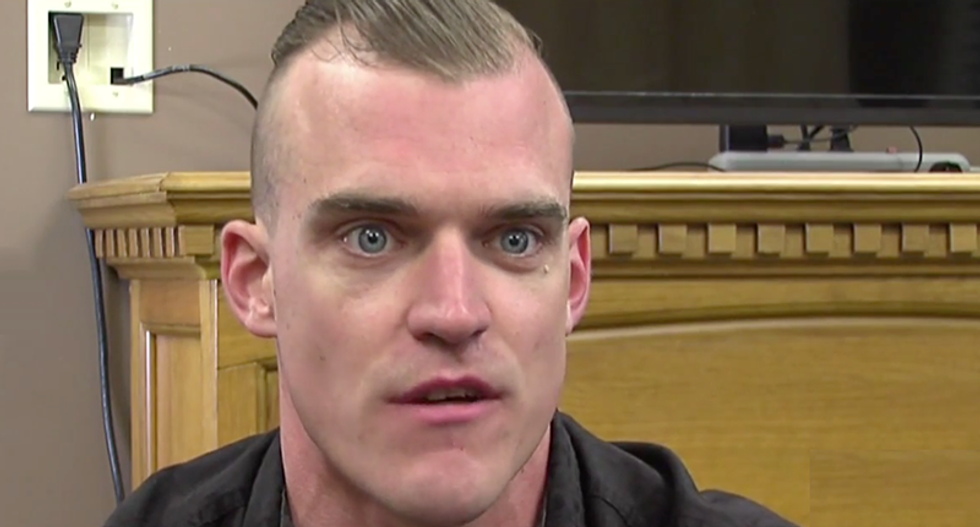 Tefft got his fifteen minutes of notoriety after he attended the white supremacist rally in Charlottesville in August because, upon discovering he'd attended, his father Pearce denounced his views on behalf of their family -- on the very site where he published his endorsement today.

"I, along with all of his siblings and his entire family, wish to loudly repudiate my son’s vile, hateful, and racist rhetoric and actions," the elder Tefft wrote.

In his editorial, the infamous neo-Nazi threw his hat in the ring for Campbell because "like President Trump he is running on a pro-white platform."

"It's important to me that people stand up and say that there are representatives that know 'it's okay to be white' even if they are saying it implicitly rather than explicitly like me," the younger Tefft wrote.

In their statement, North Dakota Democrats said that Tefft's racist views "have no place in our political dialogue an must be forcefully and unequivocally rejected."

"White supremacy and white nationalism are abhorrent and stand in stark contrast to the North Dakotan and American values of tolerance and love for our neighbors of all races, colors and creeds," the statement continued. "State Senator Tom Campbell and Congressman Kevin Cramer must renounce Peter Tefft's endorsement immediately."