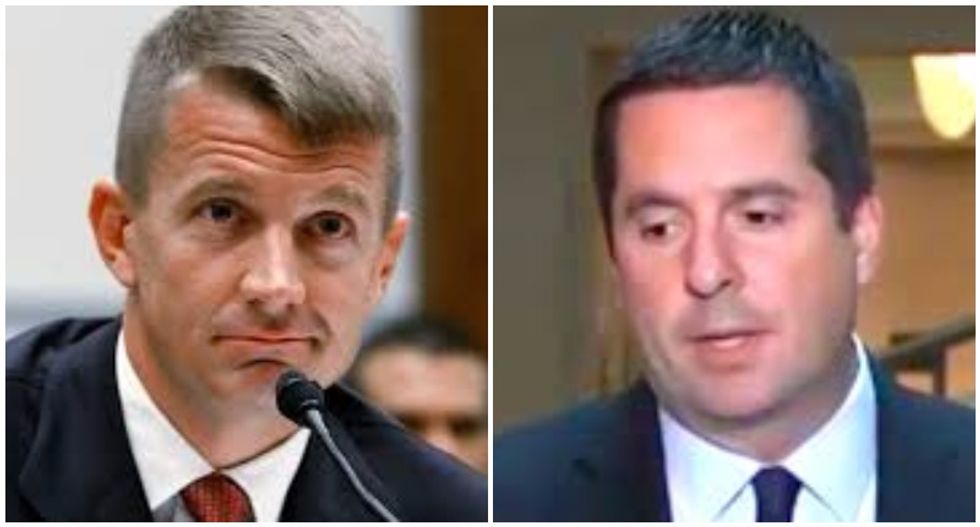 Prince, the brother of Education Secretary Betsy DeVos and an unofficial Trump campaign adviser, told the House Intelligence Committee this week that Nunes updated him on the investigation in "summer or early fall" -- after the lawmaker stepped aside from the Russia probe, reported Business Insider.

Lawmakers questioned Prince on Nov. 30 about his meeting with Emirati government officials and a Russian hedge fund manager in Seychelles just before the inauguration.

Prince told congressional investigators that he learned from Nunes the House Intelligence Committee wanted him to testify, and he claimed he never received a May 17 request mailed to him by committee members.

"I wrote an op-ed [May 31] in The Wall Street Journal," Prince told lawmakers. "I was asked to come into the White House a couple times to talk about that, and so it was sometime, I don't know, over the summer or early fall."

Nunes, who chairs the committee, stepped aside from the Russia investigation in early April after briefing Trump and reporters on classified intelligence without notifying fellow committee members.

The California Republican then started conducting his own investigation of Obama officials unmasking Trump associates caught up in foreign surveillance, which he claims was politically motivated.

Prince made many of the same arguments during his congressional testimony, and he claimed U.S. intelligence officials told him his name and others were improperly unmasked by Obama officials.

But he refused to name his source or provide details when pressed by Democratic lawmakers.