‘F*ck you, I’m glad you didn’t like it': Showrunner for Fox's 'Exorcist' mocks fans angry about onscreen gay kiss 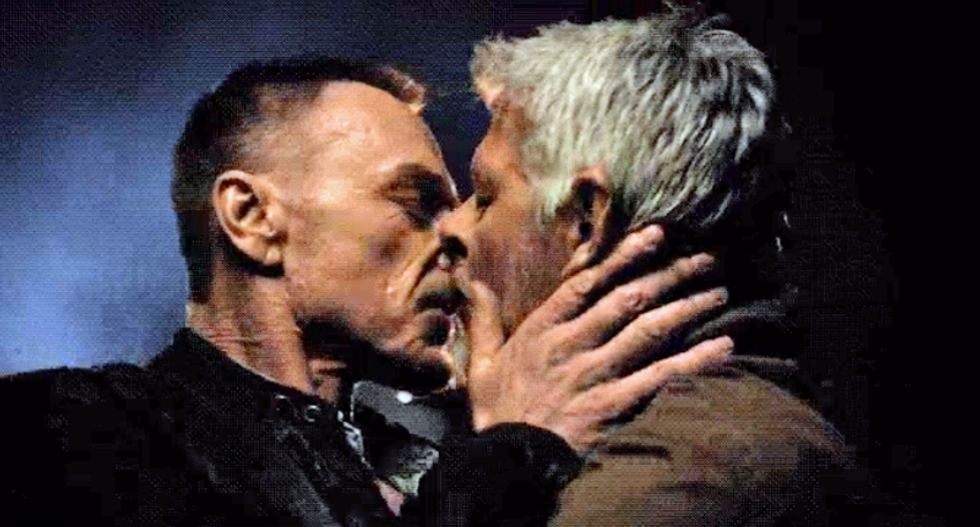 The showrunner for the Fox TV series "The Exorcist" is welcoming backlash to a gay kiss between two of the main characters.

"Were you expecting or surprised by any backlash over the male/male kiss between Marcus [Keane] and Peter Morrow in that episode?" SciFi Bulletin asked Jeremy Slater.

"I don’t think there was that much of a backlash," Slater replied. "I saw a couple of homophobes on Twitter and my response is, 'Good, f*ck you. I’m glad you didn’t like it, I’m glad it ruined the show for you. You shouldn’t have good things in your life.'”

"This is 2017 and we still have people throwing temper tantrums on line because they don’t want to see gay characters," Slater continued. "I think it’s the last gasp of a certain breed of dinosaur that’s on the way out, and let them kick and scream as they go."

Slater claimed that despite some backlash, the fan reaction had been overwhelmingly positive.

"The response to that moment was 99 percent positive, from what I saw, and I think the moment meant a lot to a lot of viewers, particularly viewers who aren’t necessarily used to seeing gay representation on TV with older characters that’s treated with the sensitivity that Ben [Daniels] and Christopher [Cousins] both brought to that performance," Slater noted. "They did such a lovely job and really sold it so I do think it was earned as a character moment, and a natural culmination."