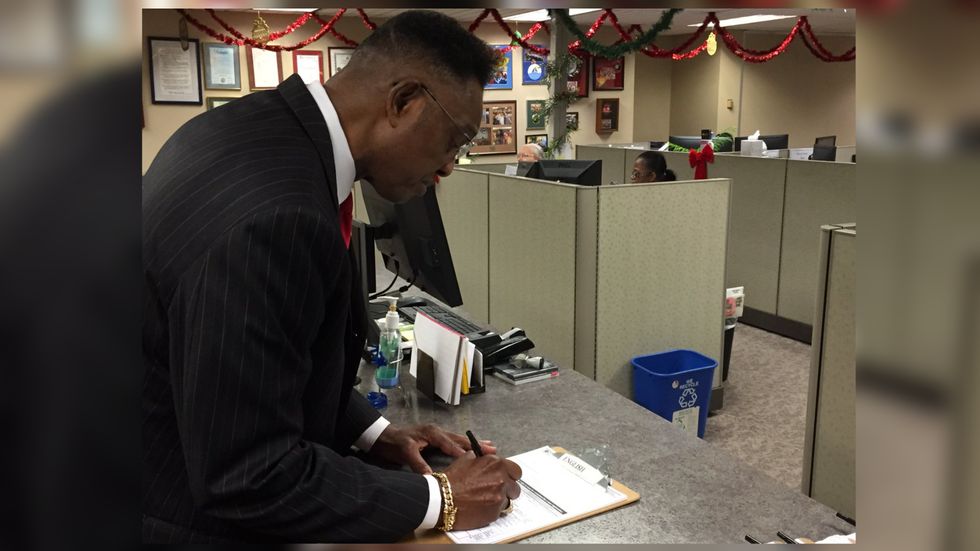 A longtime conservative Florida pastor and activist said this week that President Donald Trump's "racist tendencies" and "ungodly character" had moved him to quit the Republican Party.

Rev. O’Neal Dozier voted for Trump in 2016 but told the Sun Sentinel that he had recently soured on the president.

“I believe Donald Trump is mentally ill," Dozier said. "I believe he is unfit for the presidency. I know these are strong words. But I have studied the man. This type of behavior doesn’t come from sane people."

"We are in trouble. I fear for my county. I fear for my nation. Donald Trump is not the right person for the office of the presidency," he added. “He’s hurt the nation politically, socially, spiritually, morally and in every other way. He truly has. … Every day there is some foolishness, some chaos that Donald Trump has started. All kinds of stuff. It’s ridiculous.”

Dozier opposes same-sex marriage, abortion and radical Islam -- but he said that the Trump administration's deference to white supremacists was enough to make him leave the party.

"The Charlottesville situation really, really pushed me over the edge,” Dozier recalled. “I was praying for Trump I was praying for him to come out and denounce the Ku Klux Klan and the Nazis and the white supremacist groups.”

Dozier on Tuesday officially signed the paperwork to become an independent voter.

Read the entire report from the Sun Sentinel.