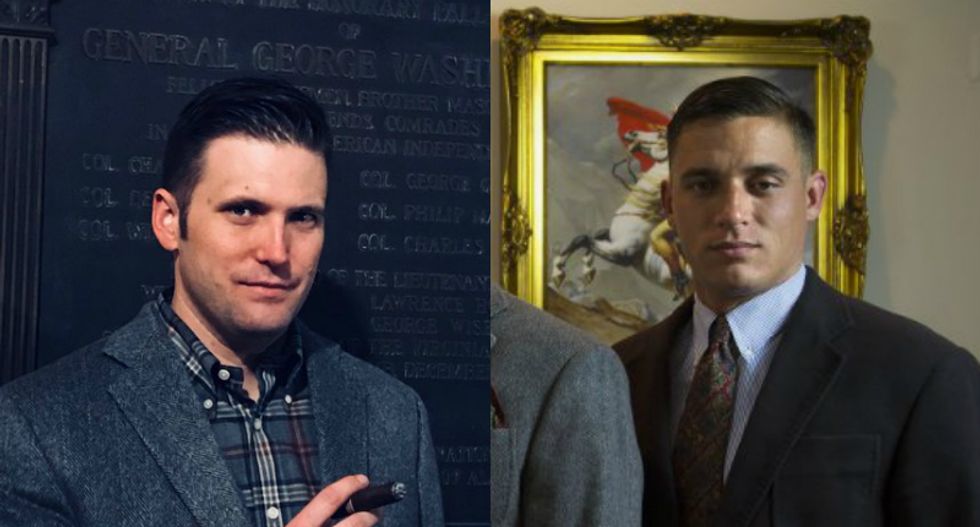 An in-depth investigation reveals that two co-owners of a Maryland tech company -- one white, one Indian Sikh -- may have deep ties to Richard Spencer due to a shared hatred of Muslims.

As Splinter News reports, Greg Conte described himself as a "fascist" on a podcast he hosted -- while also being in charge of nondiscrimination policy at Sutton Whitfield LLC. Corporate filings acquired by the outlet show that Conte owns 49 percent of the company, with 51 percent going to president and CEO Manjit Singh.

Conte, who also uses the last name "Ritter," admitted to Splinter that he was with Sutton Whitfield until a few months ago, and said it was "somewhat ironic" that he worked in equal employment while preaching white racial "superiority."

"His political activities, he said, had nothing to do with his leaving, nor had his beliefs interfered with his ability to guide the firm’s affirmative action employment policies," the report reads. "He compared himself to a communist bookseller who sells books under capitalism."

"A Mr. Conte was at one point employed at this company, but was terminated due to performance issues,” Sutton Whitfield's CEO Singh wrote. “Other than that, it is company policy not to comment on current and former employee matters, due to legal concerns."

The report goes on to suggest that Whitfield's Majit Singh may be the same person as "George Singh," an alt-right Sikh profiled by Vice News shortly after Donald Trump won the presidency in 2016. George Singh appeared on Conte/Ritter's now-defunct podcast Atavistic Intelligentsia. On the podcast, George Singh praised Indian President Narendra Modi because he "looked the other way during a genocide of Muslims" in the Indian state of Gujarat when he was its chief minister.

"I hope he continues to look the other way as the natives respond as they should,” George Singh, who was described as "one of Richard Spencer's key volunteers" by Vice, said. The Splinter report juxtaposed two photos, one of Majit Singh's former LinkedIn photo, another of George Singh turned away from the camera as published in the Vice profile. The similarities of the two photos, down to the same color turban, sweater and bowtie, were uncanny.

Spencer also credited Conte for saving his skin during the violence at August 12 "Unite the Right" rally in Charlottesville, Virginia in a recent podcast, the report notes.

"I don’t know what would have happened to me in Charlottesville, or the alt right as a whole, without Greg,” Spencer said. “Greg protected me as we fled the melee.”