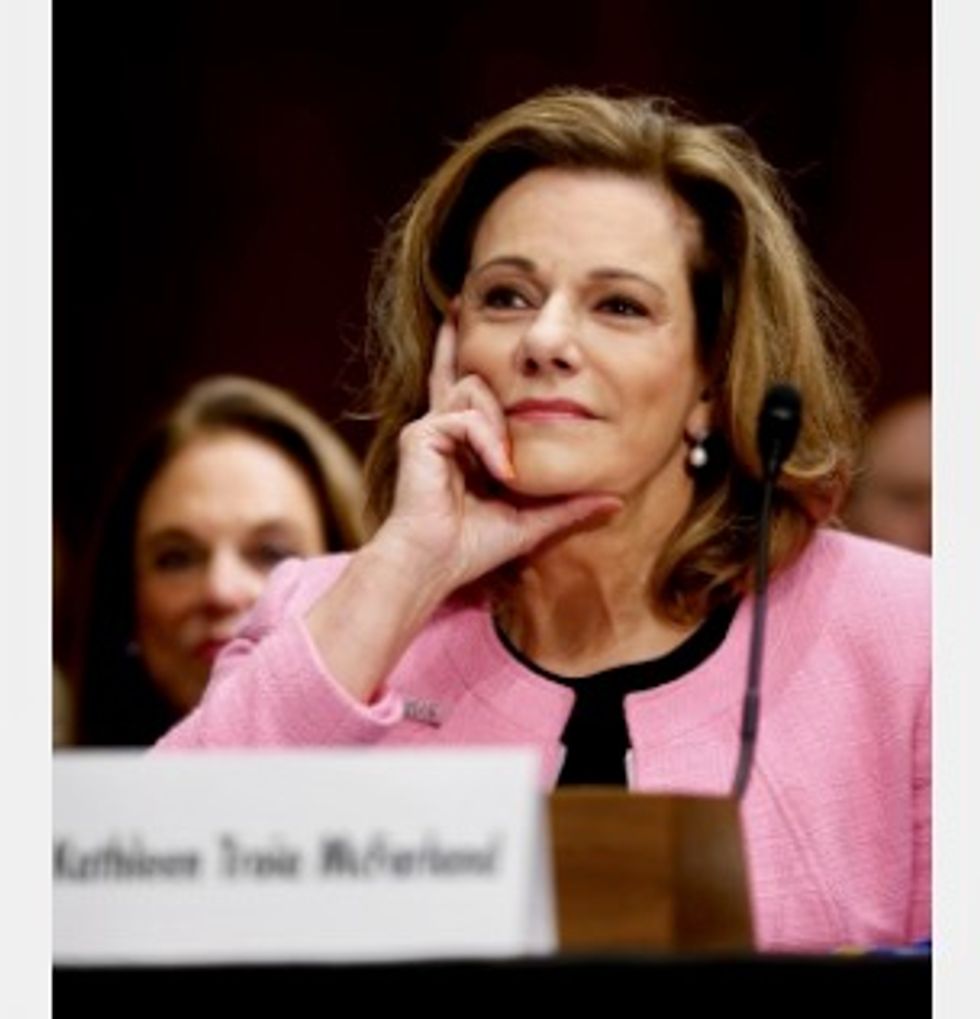 The nomination to be ambassador to Singapore of K.T. McFarland, a former security adviser to President Donald Trump, has been delayed due to concerns about her testimony to Congress over communications with Russia, the chairman of the Senate Foreign Relations Committee said on Tuesday.

"Her nomination is frozen for a while until that gets worked out," Republican Senator Bob Corker told reporters at the U.S. Capitol.

Trump earlier this year nominated McFarland, a former deputy national security adviser, to be the U.S. envoy to Singapore.

The foreign relations committee approved the nomination in September despite the opposition of almost every Democratic member, but no vote on McFarland has been scheduled in the full Senate.

McFarland said in a written response to a question from Democratic Senator Cory Booker, a foreign relations committee member, that she was "not aware" of communications between Trump's former national security adviser, Michael Flynn and Sergei Kislyak, when Kislyak was ambassador to Russia.

However, the New York Times reported on Monday that it had obtained an email McFarland sent on Dec. 29, 2016, the day former President Barack Obama's administration authorized new sanctions against Russia, saying Flynn would talk to Kislyak that evening.

Flynn pleaded guilty on Friday to lying to the Federal Bureau of Investigation about his contacts with Russia, and agreed to cooperate with prosecutors delving into the actions of Trump's inner circle before he took office.