‘Hurting us more than he knows’: Steelworkers feel forgotten by Trump after layoffs announced 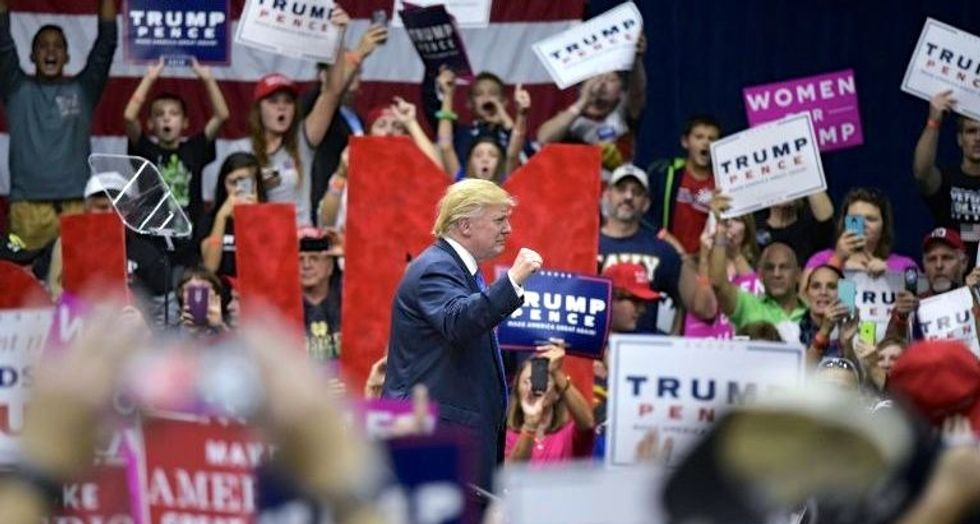 As the New York Times reports, however, Trump has yet to put those tariffs into effect -- and it's forcing the steel industry to lay off workers.

In fact, notes the Times, Trump's lack of action so far on tariffs has actually made things progressively worse for American steel because foreign manufacturers have been rushing to dump cheap steel onto the market before tariffs hit.

"According to the American Iron and Steel Institute, which tracks shipments, steel imports were 19.4 percent higher in the first 10 months of 2017 than in the same period last year," the publication writes.

The Trump administration does have its reasons for not acting on steel tariffs, as American auto manufacturers have said they might have to conduct layoffs of their own if they have to pay more money for steel as a result of tariffs.

However, that's of little comfort to steel workers who backed Trump expecting immediate action to help protect their jobs. Chuck Hauer, a pro-Trump steelworker who is likely to be laid off from his steel plant job in Conshohocken, Pennsylvania, says he understands why Trump is holding off -- but he says the workers at plants can't wait much longer.

"He’s just delaying it," he tells the Times. "And I think the delay is hurting us more than he knows."

This story was originally published by Grist.

It’s late October in the northeast corner of Wisconsin. Trees have started to change colors and a colder wind whips across Lake Michigan. Gas station marquees welcome back fall hunters on their annual pilgrimage.

Prosecutors in Manhattan are threatening to file new charges against jailed Trump Organization CFO Allen Weisselberg as part of a ploy to get him to hand over even more information, reported The New York Times on Thursday.

"Mr. Weisselberg, the Trump Organization’s former chief financial officer, is already serving a five-month sentence in the Rikers Island jail complex after pleading guilty to unrelated tax fraud charges. While he testified against the company at its trial on the same charges last year, he has for years refused to turn on Mr. Trump directly," reported Ben Protess, William K. Rashbaum, and Jonah E. Bromwich. "But as the Manhattan district attorney, Alvin L. Bragg, jump-starts his office’s effort to indict Mr. Trump, his prosecutors are using the prospect of additional charges to exert leverage over Mr. Weisselberg, the people with knowledge of the matter said. The potential charges, which prosecutors conveyed to the former executive’s legal team this week, center on insurance fraud and could lead to a significant prison sentence for Mr. Weisselberg, who is 75."