Jeff Sessions named cannabis 'prohibitionist of the year' for 2017 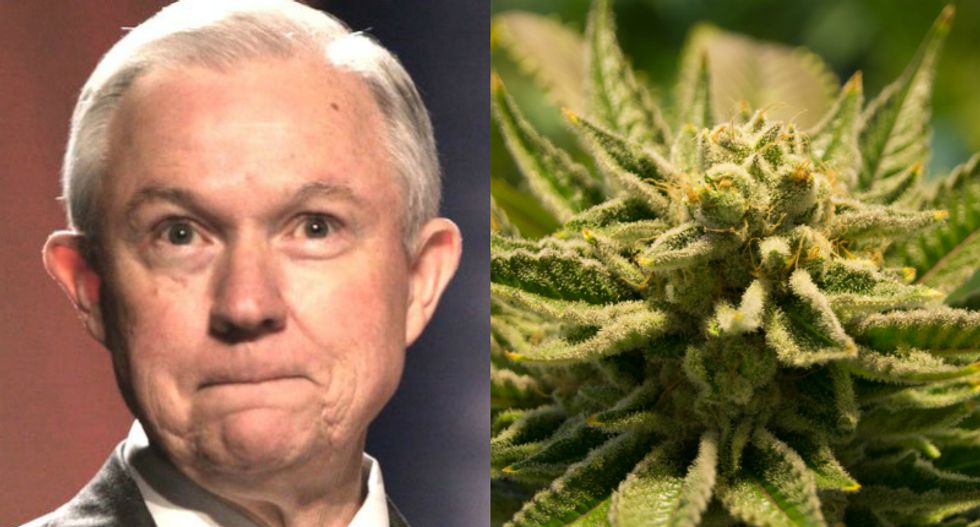 Attorney General Jeff Sessions (left, via screengrab) and a close-up photo of a marijuana plant (right, via Pixabay).

Attorney General Jeff Sessions can now add "marijuana prohibitionist of the year" to his list of accolades.

The honor was bestowed upon the attorney general by Civilized, a cannabis culture website, who inaugurated their first ever "prohibitionist of the year" award upon the AG.

Prior to taking office as the country's top cop, Sessions gained infamy in the 1980's for "joking" that he thought the Ku Klux Klan were "OK until I found out they smoked pot."

His anti-cannabis stance grew with his tenure in the Senate, and has repeatedly hinted at re-upping his war on marijuana as AG.

"For the record," Civilized noted, "Sessions does not have a background in science or any training in medical research — unless being named after two Confederate leaders makes you qualified to solicit medical advice in the Deep South."

Congratulations to Attorney General Sessions for the high praise.