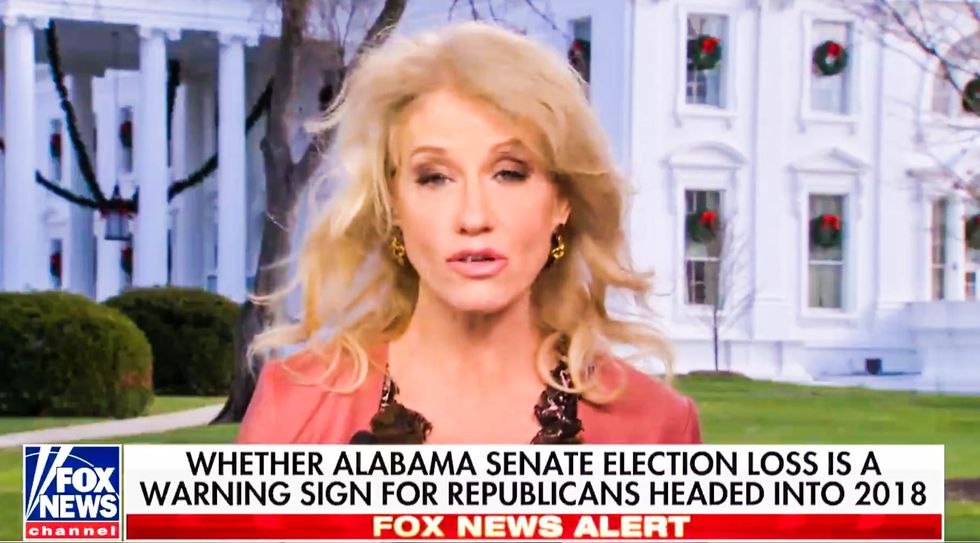 During an interview with Fox News on Thursday, Trump adviser Kellyanne Conway praised the work that former reality TV star Omarosa Manigault Newman did for the Trump administration before she reportedly got fired this week.

However, Conway had some difficulty explaining exactly what Omarosa really did at the Trump White House.

When asked by Fox host Harris Faulkner to describe what Omarosa's "official" job was, Conway rambled for a bit by simply reciting job title jargon.

"Omarosa, from day one, came in as an assistant to the president," she said. "I believe there are about 13 of us with that title, and that is a very senior title for us at the White House. Omarosa's official role, in addition to assisting the president is, she ran our communications shop for our office of public liaison. The office of public liaison is very important because it interfaces with the outside. So the coalition groups, the faith groups, she obviously had a very special role in engaging the African-American community."

Omarosa had a reputation -- both within the White House and during her multiple stints as a contestant on Trump's The Apprentice reality TV series -- for being insufferably petty and self-promoting, and she was regularly badmouthed by both White House insiders and her fellow Apprentice contestants.

Despite this Conway insisted that Omarosa "was a very valued member of our team for a very long time."

Watch the full interview with Conway below.

.@KellyannePolls: "@OMAROSA was a very valued member of our team for a very long time." #OutnumberedOT pic.twitter.com/bCAuWRu8Pl