Married ‘family values’ Republican tried to impregnate staffers -- and told one they were in love: report 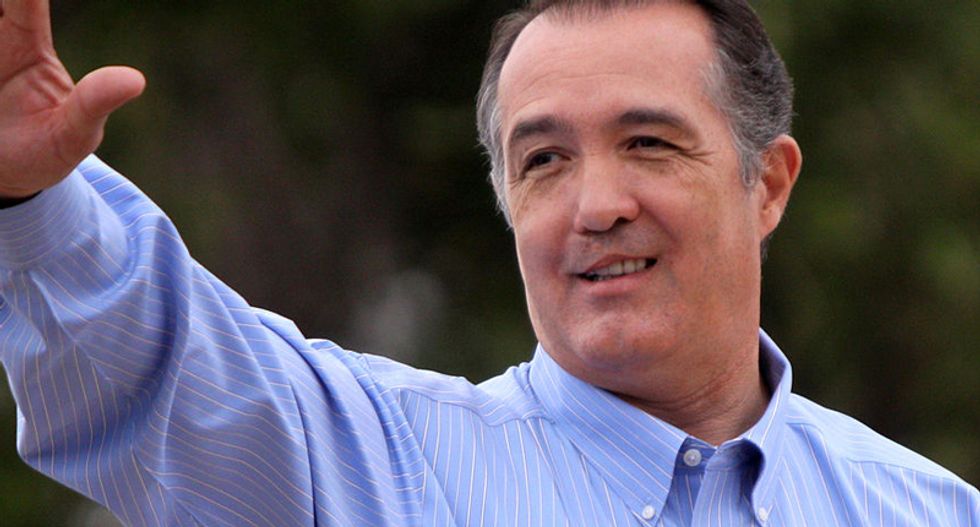 New reports about Rep. Trent Franks (R-AZ) sudden resignation yesterday reveal that not only did the congressman suggest to multiple staffers that they become surrogates for him and his wife, but that at one point he tried to convince one of them that they were in love.

The Politico report on the accusations that led to Franks' resignation also revealed that upon learning of the accusations, House Speaker Paul Ryan (R-WI) "personally hastened" the Arizona congressman's exit from Congress. Franks initially planned to leave at the end of January 2018, but announced he was resigning immediately on Friday afternoon

Politico's sources said Franks asked two staffers if they'd be surrogates to him and his wife as they struggled with fertility issues.

"The aides were concerned that Franks was asking to have sexual relations with them," the report reads. "It was not clear to the women whether he was asking about impregnating the women through sexual intercourse or in vitro fertilization. Franks opposes abortion rights as well as procedures that discard embryos."

Sources close to the accusations said another staffer "alleged that Franks tried to persuade a female aide that they were in love by having her read an article that described how a person knows they’re in love with someone," the report notes. Another woman said he believes she was punished for rebuffing the congressman, and that her access to him was revoked after she declined his advances.

This story is developing...