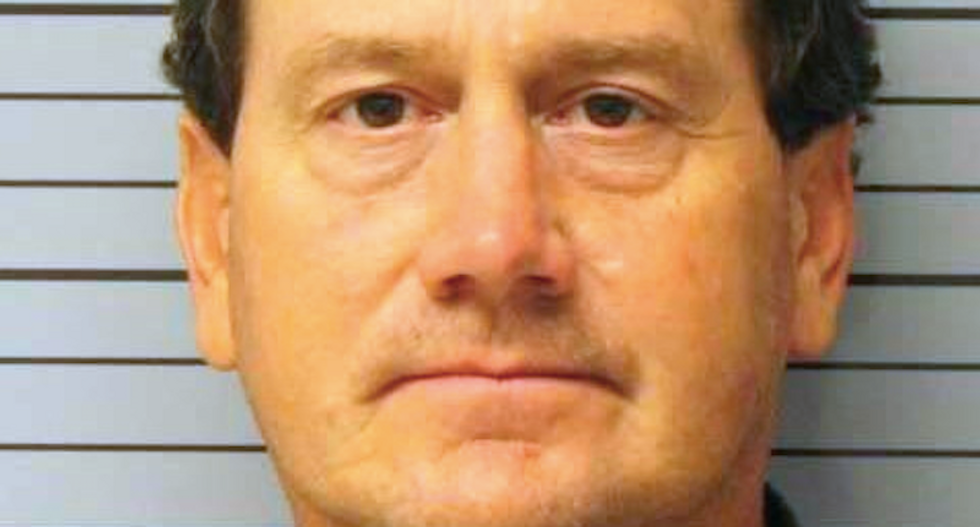 A Missouri city official is accused of pumping a shotgun to tease a liberal co-worker.

Denis Kearbey, streets superintendent for Poplar Bluff, at first denied the co-worker's accusation but later admitted displaying a gun at work as a joke, reported the Riverfront Times.

A city clerk said Kearbey brought a short-barrel, pump shotgun to the office Sept. 12 and began waving it around, investigators said.

Kearbey then pumped the shotgun multiple times and asked the clerk if she was scared, investigators said -- and the woman later admitted she was terrified but did not tell her armed colleague.

The clerk later called police to report the incident, and state troopers questioned Kearbey at his home.

The 53-year-old allowed troopers to search his city-owned vehicle, where they found a .22-caliber rifle with a suppressor, and he was arrested.

Troopers executed a search warrant at Kearbey's home, where they seized a pistol-grip Remington 870 pump shotgun found under his bed.

Kearbey then admitted he took the shotgun to work and teased the clerk for being politically liberal.

He pleaded not guilty Monday to unlawful use of a weapon and remains free on $25,000 bond.

Kearbey remains employed by the city but cannot work due to a court order barring him from city property.

He took over the superintendent's job last year after his previous boss was arrested and charged with shooting a woman, the newspaper reported.

The previous streets superintendent, Jeremy Grable, is accused of shooting a woman in the chest in 2015 during a child-custody dispute.

Grable, then 37, was charged with first-degree assault and armed criminal action, and his victim had one of her lungs removed but survived the shooting.