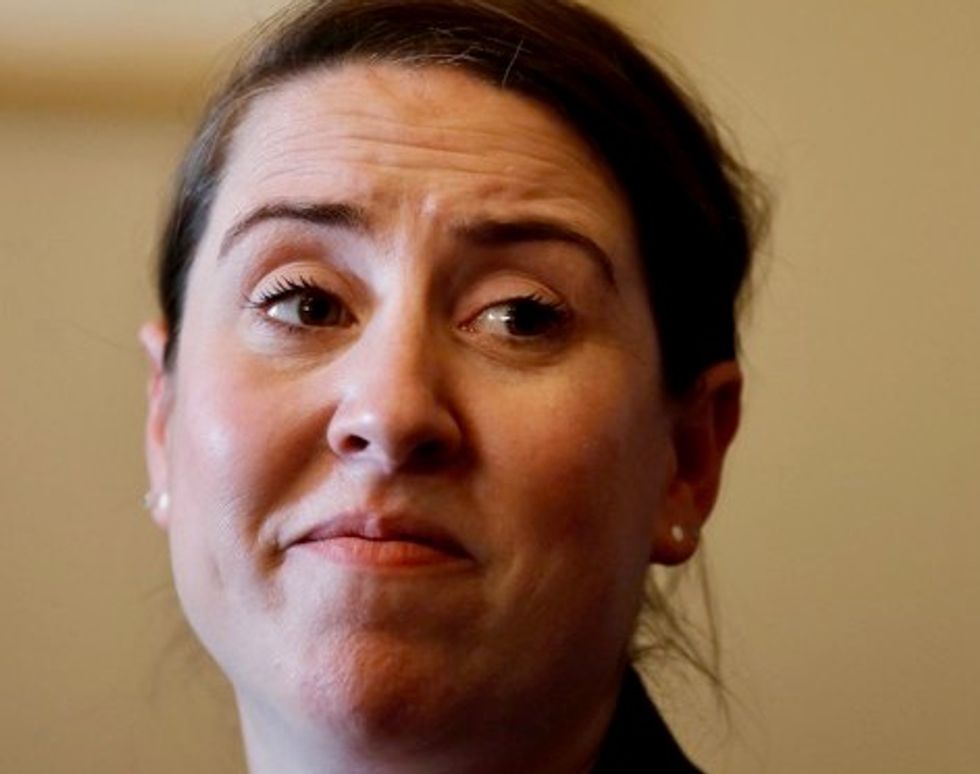 Mick Mulvaney, White House budget chief and acting director of the Consumer Financial Protection Bureau (CFPB), said on Monday he has no intention of firing Leandra English, who had attempted to block him from taking control of the agency.

Former CFPB head Richard Cordray had named English to lead the bureau following his resignation last month, but that appointment had been mired in turmoil after U.S. President Donald Trump had assigned Mulvaney to the same role.

A U.S. District Court judge last week sided with Trump, saying the law gave Mulvaney the right to lead the consumer finance watchdog, but English is challenging the decision.

During a news briefing at the CFPB on Monday, Mulvaney told reporters he would "absolutely not" consider firing English and that he would like her to continue to serve as deputy director but had not had any direct contact with her.

English could not immediately be reached for comment through her lawyer, Deepak Gupta.

Since arriving at the CFPB, Mulvaney has implemented a hiring freeze and suspended all new regulations for 30 days. On Monday, he said he was also reviewing more than 100 pending enforcement actions, including litigation as well as private settlement talks and investigations.

He declined to comment on specific cases, but said there were two litigation actions he has asked to delay and separately cited the CFPB's case against mortgage company PHH Corp as one that "has issues" without elaborating.

The budget chief said data security was also a top priority and that he had instructed the bureau to stop collecting personally identifiable information until data security problems highlighted by the bureau's independent audit office had been addressed.

Mulvaney this week brought in Republican congressional lawyer Brian Johnson as a senior adviser and plans to quickly bring on board more political hires to help him review the bureau's existing and pending regulations, the budget chief said.

"Then I'm going to get down to the weeds of something I enjoy which is the budget, and how the agency ... is funded, how it's structured, personnel, those types of things," he added.

Trump "wants to move expeditiously" on naming a permanent replacement but the Senate confirmation process is likely to take some time and Mulvaney expects to be in the interim role for up to seven months, he said in an interview Reuters.

English is expected to formally file a preliminary injunction against Mulvaney and Trump this week, according to court filings.