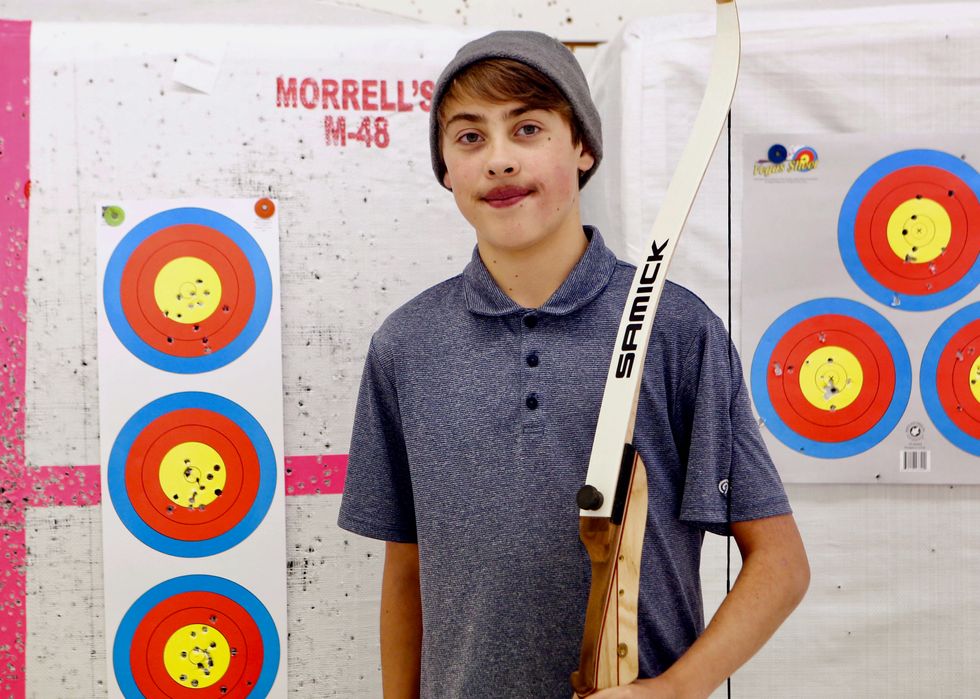 Josh Brookhart has four health insurers to choose from in Seattle's King County for 2018, more than many Americans like him who buy coverage on the Obamacare individual market.

Yet none of the plans cover all the complex medical care needed for his seven-year-old son, Gabriel.

Born with an extreme form of Chiari malformation, Gabriel required surgery to reinsert a part of his brain into his skull. He lives with hydrocephalus, or extra fluid in his brain, and spina bifida, which causes abnormal development of the spinal cord.

The Brookharts' insurer, Regence BlueShield of Washington, said in June it would exit the Obamacare markets in 2018, citing unsettled marketplaces across the country, a move common to many insurers uncertain about the program's future under President Donald Trump.

All of Gabriel's specialists, who span multiple medical centers and practices and have been coordinating his care for five years, were covered under Regence.

Based on the limited options for 2018 enrollment, the Brookharts plan to pick an insurer that will cover some of Gabriel's care and expect to pay tens of thousands of dollars for the rest of his needs.

"I would pay a high price for a good policy. It's just mind-boggling to me that it doesn't exist no matter how much I would want to pay," Brookhart said.

Gabriel's case shows how difficult it can still be to find adequate healthcare for very complex conditions four years after Obamacare took full effect. In many cases, an insurer will cover medical care but not certain prescription drugs. In other cases, an insurer may cover one specialist doctor but not others, or cut expensive academic medical centers out of their networks to lower costs.

Patients with complex medical cases often take high-cost prescription drugs, rely on specialists who sometimes coordinate their care and may require sophisticated surgeries, among other needs.

The challenge of finding adequate healthcare on the Obamacare market is expected to intensify as the Trump administration strips away aspects of the law, healthcare experts say.

"Instability is just a very stressful thing for people dependent on a stable connection to the healthcare system," said Daniel Polsky, professor at the University of Pennsylvania and executive director of the Leonard Davis Institute of Health Economics. "Even just a change of doctors could result in some difficult health consequences."

U.S. consumers have often complained that subsidized health insurance under former President Barack Obama's Affordable Care Act restricted their choice of doctors, or forced them to change providers. In some cases, that may mean switching primary care providers. But for patients with serious medical needs it can prevent them from seeing their specialists.

The Obama administration attempted a fix, directing more federal oversight of the plans, requiring transparency from insurers on what they did, and did not, cover and setting guidelines for insurers to cover enough healthcare providers.

Trump has promised to repeal Obamacare and is using executive powers to undermine it, including a rule finalized in April that allows individual states to determine whether insurers provide enough access to doctors.

The administration has also proposed giving states more authority over their insurance markets and allowing them to water down some Obamacare benefits in 2019. That could create wide discrepancies in access to doctors among states, said Sabrina Corlette, an expert on health insurance markets at Georgetown University.

There is no national estimate of how many people with complex medical cases may struggle to find a plan that covers their particular doctors. About 2.2 million people on the individual market have some form of a pre-existing chronic condition, according to Avalere Health, a research and consulting firm.

Seventy-three percent of the Obamacare 2018 individual market is comprised of restrictive plans, or those that cover fewer providers, according to Avalere, up from 68 percent in 2017 and 54 percent in 2015.

Research has shown that insurers are more likely to offer limited access to doctor practices in markets where they compete against one or more rivals. This helps keep insurer costs down, and therefore allows them to offer lower prices.

Matt Slaby of Denver, Colorado, can choose between six Obamacare insurers, but none cover all the care for his genetic blood clotting disorder, called Factor V Leiden. He relies on the bloodthinner Xarelto, which costs about $400 per month without insurance, to prevent life-threatening clots.

His insurer from last year, Cigna Corp, dropped his plan from the Denver market for 2018.

"There are no plans that cover everything I need," Slaby said. "Finding two or three, the intersection of things that keep me alive, that's the challenge."

In U.S. counties with a single insurer, there is less incentive to whittle down the provider list because there is no competition. The departure of major insurers including Aetna Inc and Humana Inc  from Obamacare markets has left about half of U.S. counties with only one insurer selling plans, up from one-third in 2017.

But that does not guarantee that a sole insurer in a market will cover medical care at any specific hospital or physician practice.

In Virginia's Chesterfield County, a single insurer, Cigna, is offering Obamacare coverage, presenting a tough choice for Jodi Smith Lemacks, whose son was born with a heart defect. The plan does not cover her son's specialists at Children's Hospital of Philadelphia (CHOP) five hours away, where Joshua Lemacks, 14, has been treated since he was in utero for hypoplastic left heart syndrome.

There is no cure for his condition. In three major surgeries, doctors at CHOP have rerouted Joshua's anatomy so that his blood can pump through one heart chamber instead of two. They have also provided medication, some through a clinical trial, to help prolong his heart's ability to function in this way.

Lemacks spends $6,000 to $7,000 a year out-of-pocket for Joshua's medical expenses, and once had medical debt close to $100,000 due to the surgeries. She decided to put him on her employer's plan for 2018, but says if anything were to happen to her job at a nonprofit or she chooses to change jobs, she would need to return to the Obamacare market.