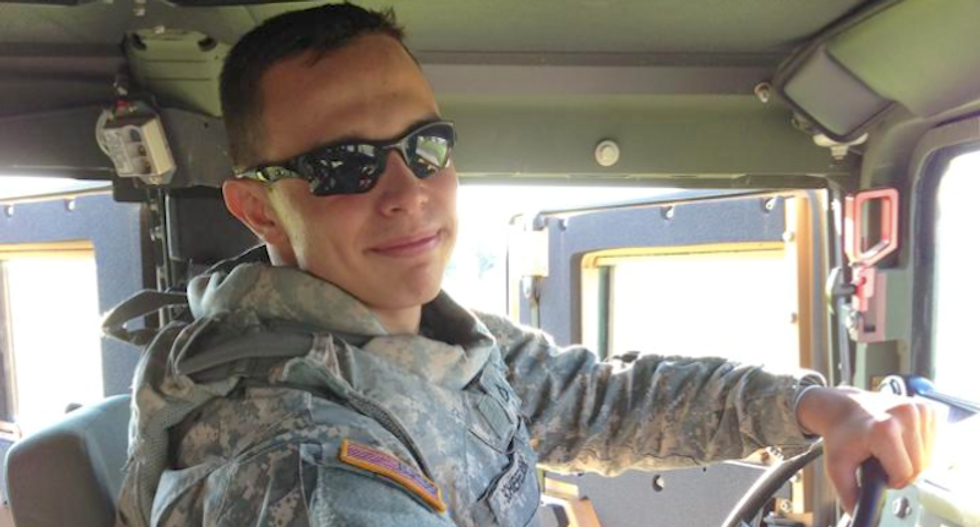 An Arkansas police recruit is under investigation for a racial slur posted on social media -- and if he's fired, his attorney said a black recruit should be as well.

Brandon Schiefelbein, a recruit in the Little Rock Police Department Training Academy, posted a Facebook photo of a black Army reservist who appears to be sleeping, captioned with a racial slur, reported KATV-TV.

His attorney said it would be unfair to fire Schiefelbein unless the black recruit who filed a complaint about the post was also fired for using the same slur online.

"That way there would be no discrimination based upon race where firing one who is white but not firing the African American for using the same term is wrong," Newcomb wrote.

Newcomb argued that both Schiefelbein and the black recruit, Brandon Gurley, had the free speech right to post racial content as private citizens.

“He was joking and posting over his friend who was asleep, and sometime uses terms like that because it has a different connotation with the ‘a’ instead of the ‘r’ in the younger generation,” said attorney Robert Newcomb, who added that his client was quoting the black comedian Kevin Hart.

The post was made in 2013, when Schiefelbein was serving in the military, and was recently brought to the attention of the Little Rock Black Police Officers Association by Gurley.

The complaint went public after blogger Russ Racop, a candidate for City Board, posted a copy of the BPOA letter asking for Schiefelbein's termination.

The blogger pointed out that Schiefelbein posted content associated with right-wing fringe groups such as the 3 Percenters and the American Resistance Movement.

Schiefelbein has been removed from the academy while the post was investigated.

His attorney submitted copies of a text message exchange between Schiefelbein and Gurley, who seemed to accept the white recruit's apology but asked him to "lean back off the kool aid water fountains fried chicken and Shrek Kid jokes."

Newcomb said there's no evidence, besides the racial slur, to suggest his client is racist -- and he said the other Army reservists who served with him agreed.

"The individuals that were photographed and had the tag put on them both have served with him in the Army Reserves and indicated to Internal Affairs that they are not concerned at all about him," Newcomb wrote. "They clearly felt that this proposed action is an overreaction by the Police Department."