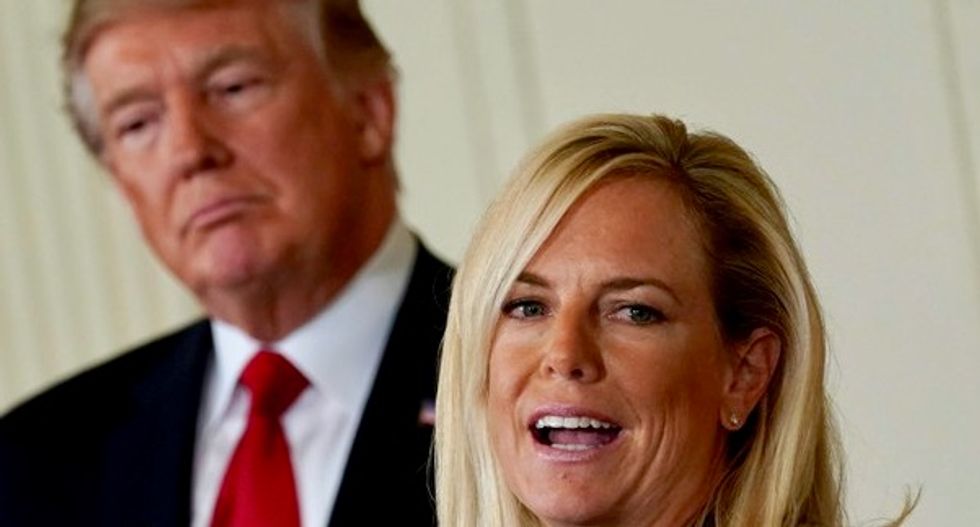 The U.S. Senate on Tuesday confirmed President Donald Trump's choice to lead the Department of Homeland Security (DHS), a post that opened after John Kelly became Trump's chief of staff earlier this year.

Senators voted 62-37 to confirm Kirstjen Nielsen, formerly Kelly's deputy in the White House and his chief of staff when he led DHS. She is considered a cyber security expert and previously served in the administration of Republican President George W. Bush.

Nielsen, 45, will take the reins of a department with more than 240,000 employees responsible for immigration enforcement, U.S. border and airport security, disaster response, and protecting U.S. infrastructure from cyber attacks.

The agency is at the center of Trump's efforts to enact broad changes to the U.S. immigration system.

Elaine Duke, a civil servant and the DHS deputy secretary, had been serving as acting secretary since Kelly's departure for the White House in July.

In the last five months she ha been responsible for several controversial DHS decisions, including the end of temporary protected status for thousands of immigrants living in the United States. And the Federal Emergency Management Agency, a DHS entity, came under criticism for its response to the humanitarian disaster wrought by Hurricane Maria when it struck Puerto Rico in September.

In a statement, Duke said she looked forward to working as Nielsen's deputy, and said Nielsen has "a deep understanding of the issues facing the Department."

Eleven Democrats voted with nearly all Republicans to confirm Nielsen. Republican Senator Lamar Alexander did not vote, and no Republicans voted against her confirmation.

House Judiciary Chairman Bob Goodlatte, a Republican, said in a statement that Nielsen would bring "the expertise and leadership needed to successfully run the Department."

Democratic Representative Bennie Thompson said in a statement that Nielsen had not yet shown "she has the ability to lead a workforce of 240,000 while keeping the country safe and secure," and said DHS had so far been used as a "political tool of the White House."