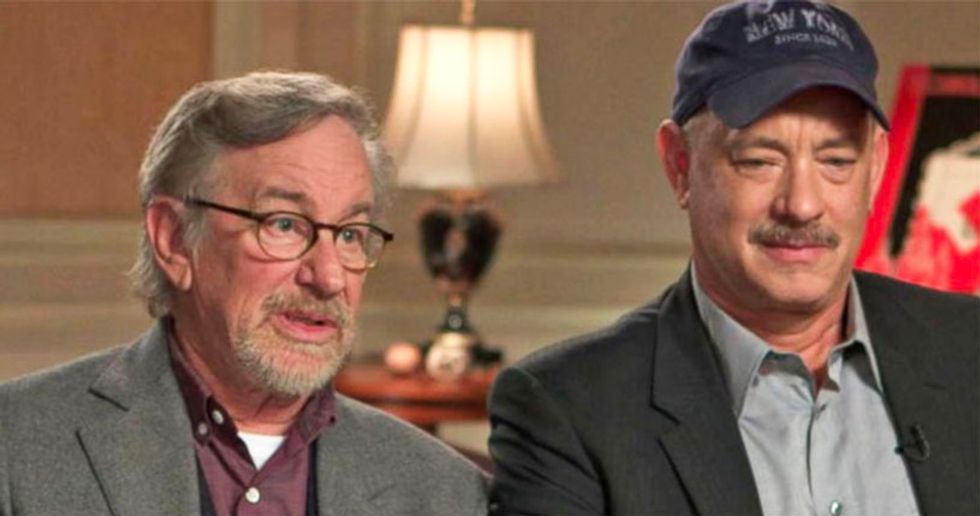 At the premiere of their latest cinematic collaboration together, actor Tom Hanks and director Steven Spielberg made the case that there is little difference between the current occupant of White House and disgraced President Richard Nixon.

Speaking with the press, the director and star of "The Post" -- which documents the Washington Post's release of the Pentagon Papers in the 1970's -- claimed the secrecy and the assaults on the press by President Donald Trump are right out of the Nixon playbook.

According to the Hollywood Reporter, Spielberg said the parallels  between the two embattled Republican presidents could not be more similar.

“There’s a lot of excitement when you talk about stolen papers and government secrets and an administration attacking the press to stop the truth from being told,” Spielberg explained “That all happened in 1971, but it’s kind of kind of evocative of things that are also part of the current landscape. And so we thought that was a story that couldn’t wait to be told.”

“The Nixon Administration at the time did a full-frontal assault on the First Amendment by literally trying to stop the press from publishing,” said Tom Hanks, who plays former Post editor Ben Bradlee in the film. "You can’t do that and still have the United States of America."

Hanks added, "I think the current administration and their like-minded allies are waging a guerrilla war on the First Amendment.”

You can read the whole report and additional comments about "The Post" here.