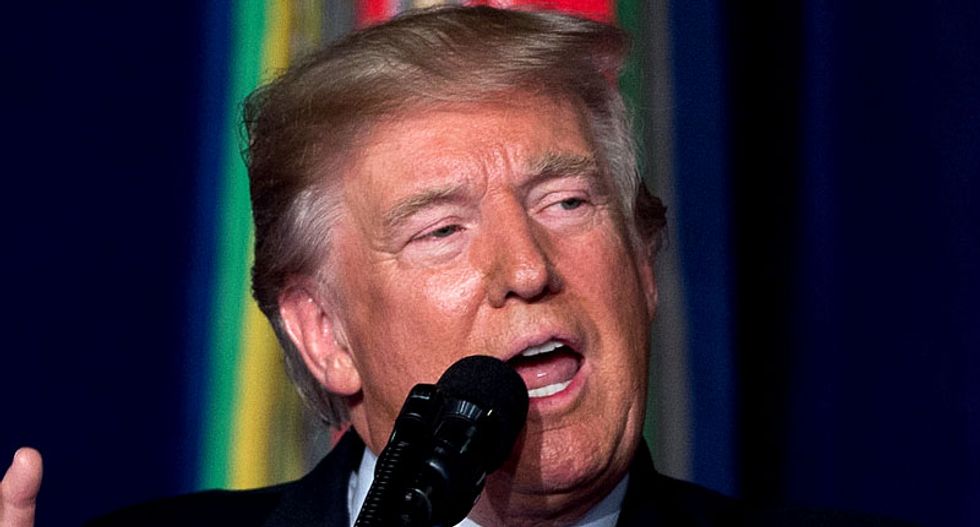 U.S. President Donald Trump is open to reforming the country's biofuels policy if it can be done in a way that protects jobs in both the refining and agriculture industries, senators said on Thursday after a meeting with Trump on the issue.

Nine lawmakers had requested the meeting with Trump to argue that the Renewable Fuel Standard, or RFS, a law requiring refiners to blend increasing amounts of biofuels like corn-based ethanol into the fuel supply every year, was threatening to put refineries in their districts out of business.

The Trump administration ruled in favor of Big Corn and against the refining industry in a series of decisions this year, with senators on both sides using parliamentary procedures such as holds on administrative appointments to punish their rivals.

Republican Senator Bill Cassidy of Louisiana told reporters after the meeting that Trump's attitude was to "get it done."

"Get both sides together to find a win-win, so we can say to the farmers: 'Listen, we got your back,’ but to the people employed in the refineries: ‘You’re not going to lose your job,” Cassidy said of Trump's comments.

Republican Senator James Lankford of Oklahoma also said Trump expressed a desire to help refiners, but added there were no conclusions about how to do it.

"It was just a recognition that this is a more complicated problem and we’re going to have to get everybody together from all sides," Lankford told reporters.

A White House official did not immediately respond to a request for comment on the meeting.

The RFS was introduced more than a decade ago by President George W. Bush as a way to boost U.S. agriculture, slash energy imports and cut emissions, and has since fostered a market for ethanol amounting to 15 billion gallons a year.

Refiners oppose the RFS because they say it costs them hundreds of millions of dollars a year in blending and regulatory expenses while propping up demand for rival fuels.

They have requested tweaks to the policy in the past that would cut the annual volume targets for biofuels, allow ethanol exports to be counted against those targets, or shift the blending burden to supply terminals from refiners.

While the leadership of the EPA, which administers the RFS, had considered some of the changes, it ultimately rejected them under pressure from Midwestern lawmakers, and slightly increased biofuels volumes targets for 2018.

The meeting with Trump could set the stage for negotiations over legislation to overhaul the RFS, but any measure would likely require cooperation from representatives of the corn belt. Republican Senator Chuck Grassley of Iowa said this week he was not invited to the meeting and called it "a waste of time."

Republican Senator Ted Cruz of Texas and eight other Republican senators from states with oil refineries had requested the meeting with Trump in a letter in October.

Cruz said he would block Iowa Agriculture Secretary Bill Northey's nomination to a key post at the U.S. Department of Agriculture until he got the meeting. A Cruz spokesman did not respond to requests for comment on Thursday.