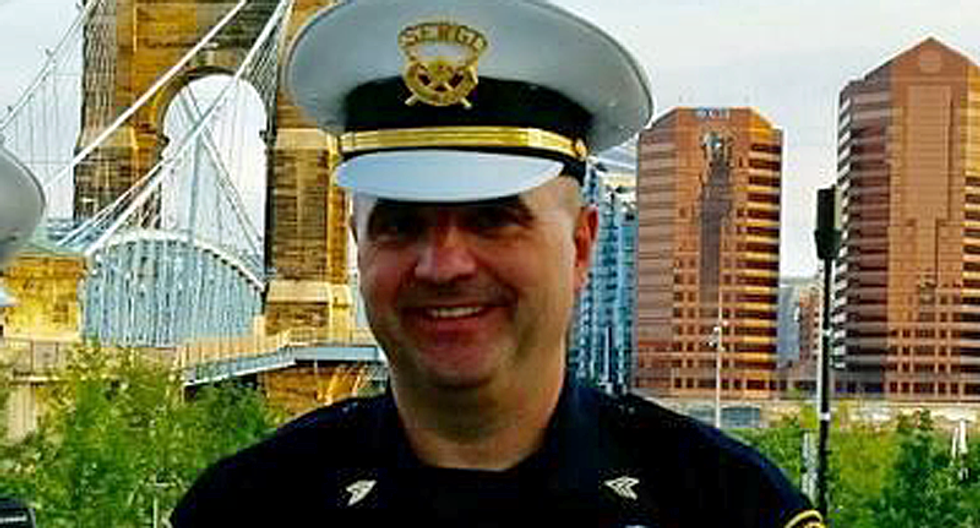 Lt. Danita Pettis, who is black, commands the third-shift at Cincinnati Police District 4, in Avondale. Sergeant Hils, who is white, attended a roll call on Lt. Pettis' night off, where he roasted Lt. Pettis in front of her officers. The details of the speech where documented in a memo from Sgt. Daniel O'Malley to Chief Isaac.

"You already have it tough policing in an urban ghetto environment," Hils told the officers.

"I do not know how she became a police officer," Hills continued, according to the memo. "She was able to manage working her way up and became a lieutenant only because she will kick, scream, b*tch and yell it was race, sexism, or whatever. I never would have imagined she would be my superior."

Hils had arrested Pettis, then a civilian, 25 years ago. Also in his speech, he allegedly bragged that he "kicked her *ss" during the arrest.

The Sentinels Police Association represents black officers on the force.

"President Hils' comments referencing the communities we serve as `urban ghettoes' were highly insensitive, inappropriate and calls into question his ability to police communities for which he has absolutely no respect," said Officer Eddie Hawkins, president of the Sentinels, who grew up in Avondale.

Local civil rights organizations, including the local chapter of the NAACP, agreed on the impropriety.

"Hils actions are deplorable and display his contempt towards a senior ranked Cincinnati Police Department officer, which seem personal and inflammatory. Hils is unhappy that he is subordinate to Lt. Pettis. It further demonstrates a lack of respect for the leadership of the CPD and this city," read a collective statement from civil rights groups.

The Cincinnati Police Department has opened an internal investigation into the incident.

The Sentinels Police Association also criticized Hils in 2016 for his public support for Donald Trump's campaign.