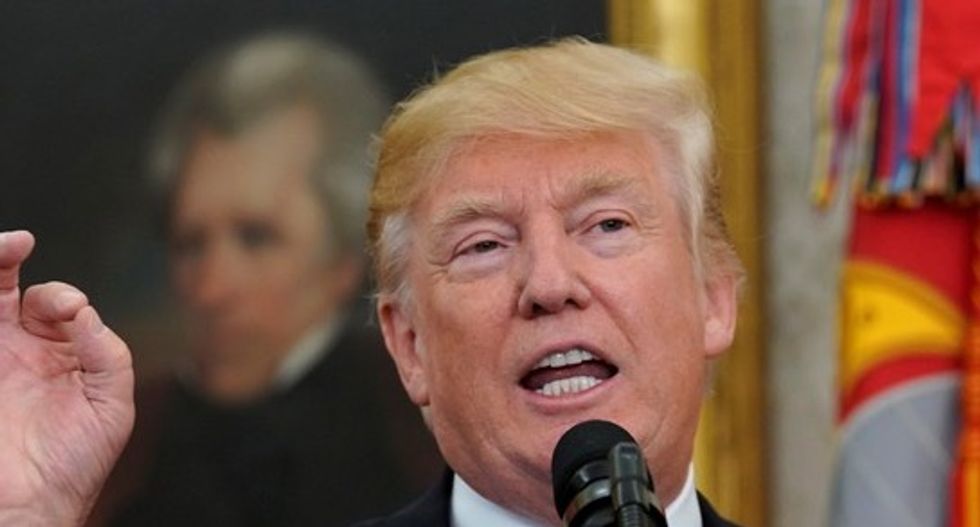 White House spokeswoman Sarah Sanders said in a post on Twitter that Trump, as expected, signed the stop-gap funding bill that averts a shutdown of federal agencies at midnight when existing money runs out.

For months, Republican and Democratic leaders in Congress have been working behind the scenes to hammer out a deal to fund government for fiscal 2018, which began on Oct. 1. Absent that deal, Washington has been operating on temporary spending bills.

Much of the negotiation centers around Republican demands for increased military spending. Democrats say the Pentagon does need more money, but they argue that an array of other domestic programs also face shortfalls.

A senior Senate Democratic aide said on Friday that the negotiators are trying to figure out how to divide up $200 billion over two years in additional funding.

Besides the spending levels, the aide said negotiators also are hoping to come to a deal on protecting around 700,000 undocumented immigrants, who were brought to the United States as children, from possible deportation.

Other elements of the negotiations include new disaster relief funds for Puerto Rico and U.S. states hard-hit by hurricanes and wildfires, as well as funding for a children's health-insurance program for low-income families and money for community health centers.