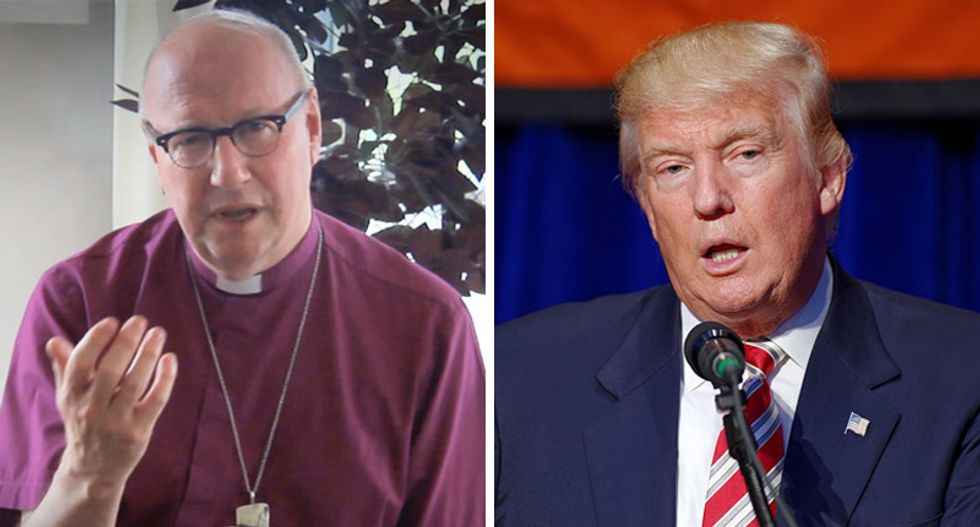 The bishop of Liverpool, Paul Bayes, criticized U.S. evangelical Christians for their “uncritical support” of Donald Trump, arguing they’re shirking their responsibility to protect the poor, the Guardian reports.

Bayes, a senior clergyman of the Church of England, slammed “self-styled evangelicals” for elevating “rightwing populism” over their Christian faith.

“If people want to support rightwing populism anywhere in the world, they are free to do so,” Bayes explained. “The question is, how are they going to relate that to their Christian faith?”

“And if what I believe are the clear teachings of the gospel about love for all, the desire for justice and for making sure marginalized and defenseless people are protected, if it looks as though those teachings are being contradicted, then I think there is a need to say so.”

Bayes and religious leaders who profess unbridled support of Trump are “colluding with a system that marginalizes the poor.”

Bayes agued “people who call themselves evangelical in the US seem to be uncritically accepting” Trump and his policies.

“Whenever people say those kinds of things, they need to be able to justify that they’re saying those things as Christians, and I do not believe it’s justifiable,” Bayes said.

He also charged "significant so-called evangelical leaders" with "uncritically supporting people in ways that imply they are colluding or playing down the seriousness of things which in other parts of their lives [they] would see as really important."

As the Guardian notes, Bayes is hardly the only religious leader questioning conservatives’ embrace of Trump. In November, the archbishop of Canterbury Justin Welby said he “genuinely [does] not understand where that is coming from.” During a Christmas Day sermon, Welby slammed “populist leaders that deceive” their followers.

“In 2017, we have seen around the world tyrannical leaders that enslave their peoples, populist leaders that deceive them, corrupt leaders that rob them, even simply democratic, well-intentioned leaders of many parties and countries who are normal, fallible human beings,” Welby said.