US attorney general calls for efficient review of immigration cases 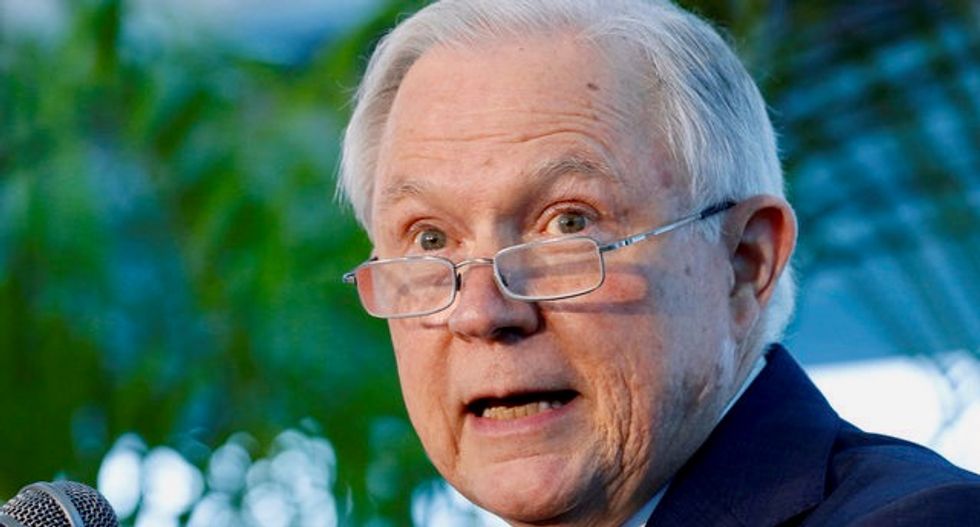 Sessions' memo to the Executive Office for Immigration Review, the agency under the Department of Justice that conducts immigration court proceedings, called on judges and staff to do what they can "consistent with the law" to "increase productivity, enhance efficiencies, and ensure the timely and proper administration of justice."

President Donald Trump's administration has so far brought on 50 new immigration judges, Sessions said, in an effort to pare back a backlog of more than 600,000 cases. Sessions said in his memo that the Justice Department plans to hire 60 more judges in the next six months to cut the pending case load in half by 2020.

Statistics released by the Department of Homeland Security on Tuesday showed that although the government arrested far more people suspected of being in the United States illegally in 2017 than it did last year, it deported fewer illegal immigrants.

U.S. Immigration and Customs Enforcement removed approximately 226,000 people from the country in the 2017 fiscal year, down 6 percent from the previous year and lower than at any time during the Obama administration.

Trump has made strict immigration enforcement a major priority of his administration.

The slowdown is in part because fewer people appear to be trying to cross the U.S. border illegally. Another reason is that although immigration arrests are up, the court backlog has slowed the removal of immigrants who claim they will be harmed if they are deported to their home countries or have other justifications for staying in the United States. Under U.S. policy, many of those claims must be adjudicated by an immigration judge.

In his memo, Sessions touted a surge of immigration judges to the U.S. border and said the agency completed about 2,800 more cases than projected. In April, Reuters reported that two of the eight immigration judges deployed to the U.S. border with Mexico to process asylum requests from migrant women and children were being recalled because they had so few cases to hear.

The department also said that from February through November, removal orders were up 30 percent over the same time last year, and the percentage of final decisions on cases was up nearly 17 percent compared with last year.