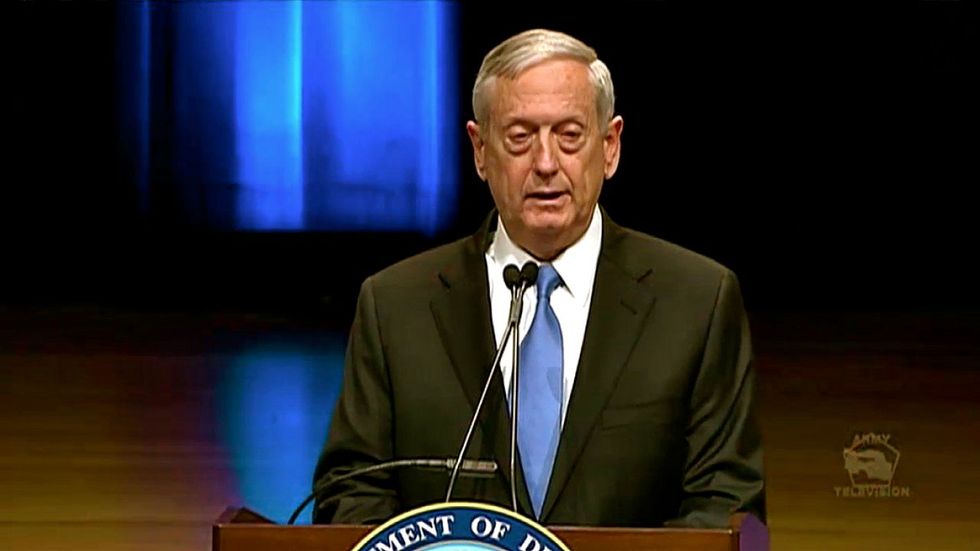 U.S. Defence Secretary Jim Mattis arrived in Islamabad on Monday to ask Pakistan's civilian and military leadership to do more to rein in militants accused of using the country as a base to carry out attacks in neighboring Afghanistan.

More than 100 days since President Donald Trump announced his South Asia strategy, however, U.S. officials and analysts say there has been only limited success and it is not clear how progress will be made.

U.S. officials have long been frustrated by what they see as Pakistan’s reluctance to act against groups such as the Afghan Taliban and the Haqqani network that they believe exploit safe haven on Pakistani soil to launch attacks in Afghanistan.

"We have heard from Pakistani leaders that they do not support terrorism ... we expect them to act in their own best interest, and in support of peace and regional stability," Mattis told reporters traveling with him this week.

Mattis, who is visiting Pakistan for the first time as defense secretary, said the goal for his trip would be to find "common ground" and work together.

In August, Trump outlined a new strategy for the war in Afghanistan, chastising Pakistan over its alleged support for Afghan militants. But beyond that, the Trump administration has done little to articulate its strategy, experts say.

"We're committed (to) the war against terror," he said. "Nobody wants peace in Afghanistan more than Pakistan."

"We have been very direct and very clear with the Pakistanis ... we have not seen those changes implemented yet," General John Nicholson, the top U.S. general in Afghanistan, said this week.

Pakistan says it has done a great deal to help the United States in tracking down militants and Pakistani officials have pushed back on the U.S. claims.

U.S. official expressed hope that relations between the two countries could improve after a kidnapped U.S.-Canadian couple and their three children were freed in Pakistan in October, after the couple was abducted in Afghanistan.

However, while the Trump administration has used tougher words with Pakistan, it is has yet to change Islamabad's calculus and if the United States is seen as bullying, it is unlikely to succeed, experts say.

While Mattis travelled to the region earlier this year, he did not make a stop in Pakistan, although he did visit its arch rival, India, a relationship that has grown under the Trump administration.

"There is not an effective stick anymore because Pakistan doesn't really care about U.S aid, it has been dwindling anyway and it is getting the money it needs elsewhere ... treat it with respect and actually reward it when it does do something good," Madiha Afzal, with the Brookings Institution, said.

Mattis' brief visit to Islamabad comes a week after a hardline Pakistani Islamist group called off nationwide protests after the government met its demand that a minister accused of blasphemy resign.

Separately, a Pakistani Islamist accused of masterminding a bloody 2008 assault in the Indian city of Mumbai was freed from house arrest. The White House said the release could have repercussions for relations between Washington and Islamabad.

"I think for Pakistan, the timing in very bad. There is talk about progress being made against extremists and here you have a situation where religious hardliners have basically been handed everything they wanted on a silver platter," said Michael Kugelman, with the Woodrow Wilson think-tank in Washington.

Kugelman said that rather than pushing Pakistan, Mattis should explain that not dealing with militants on its border could see those same militants turning on Islamabad.