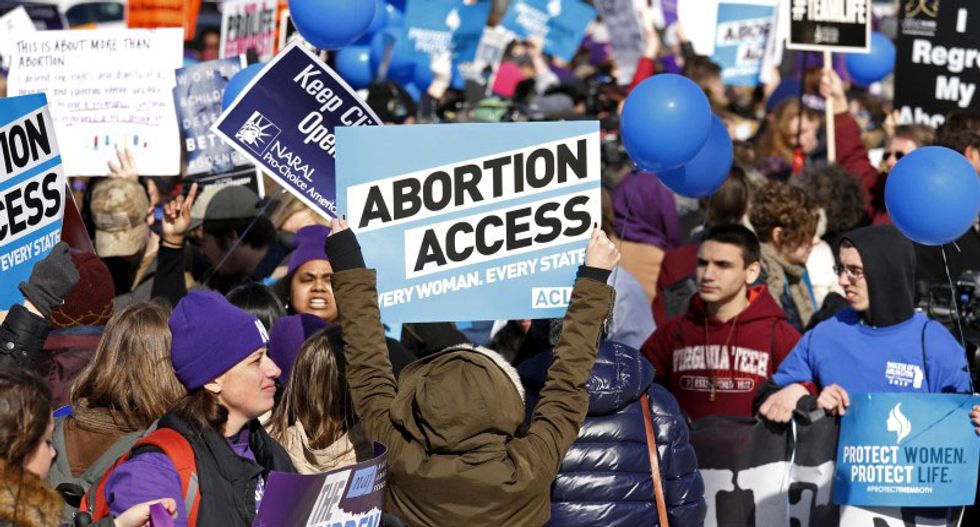 The American Civil Liberties Union said it filed in federal court on Friday to stop the administration of President Donald Trump from preventing two more young immigrant women in federal custody from obtaining an abortion.

The move by the civil rights group in the U.S. District Court for the District of Columbia follows a high-profile legal fight involving a 17-year-old illegal immigrant who underwent an abortion in October a day after an appeals court overruled the Trump administration's objections.

The U.S. Court of Appeals for the District of Columbia Circuit ruled on Oct. 24 that the girl, whose name and nationality have not been disclosed but was referred to as "Jane Doe" in court papers, could have an abortion immediately, rejecting the administration's opposition.

The two young women in the latest legal action, known to the court as Jane Roe and Jane Poe, requested abortions, but the U.S. Office of Refugee Resettlement has refused to allow them access to the procedure, the ACLU said in a statement.

The Justice Department did not immediately respond to a request for comment.

The government alleged in a court filing in November that lawyers for "Jane Doe" had misled the Justice Department over the timing of the abortion.

The Justice Department said it had been about to appeal a lower court decision in the girl's favor when it emerged on Oct. 25 that she had had the abortion early that morning. It said "disciplinary action may therefore be warranted" against the teen's lawyers at the ACLU, who had told the government the girl was scheduled to have the abortion a day later.

By quickly having the abortion, the girl prevented the administration from potentially continuing the legal fight at the conservative-leaning U.S. Supreme Court. She was about 15 weeks pregnant.

The ACLU said in its Friday statement: "The government’s treatment of these young women is part of a new policy by the Trump administration to block access to abortion care for young immigrants in detention."

It said that the ACLU’s lawsuit challenging the policy, Garza v. Hargan, has already documented egregious harms against other young women in Office of Refugee Resettlement detention.