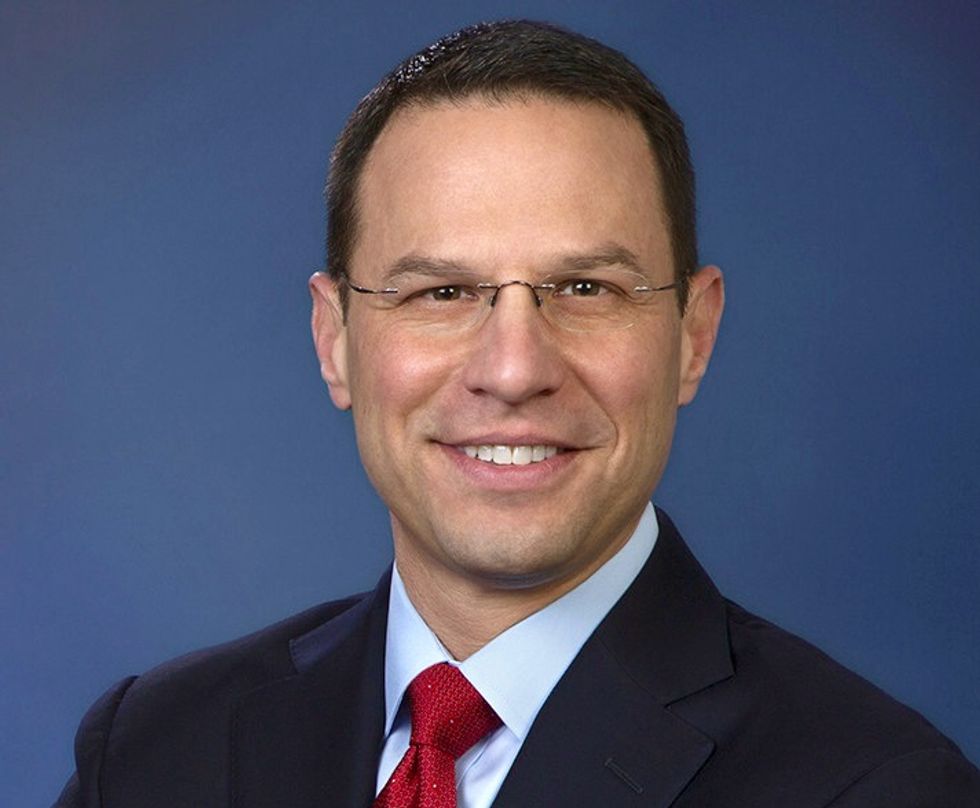 Pennsylvania's Attorney General is leading the charge among his Democratic peers preparing to shore up protections for borrowers and savers while President Donald Trump follows through on a pledge to defang a powerful consumer finance watchdog.

Since he was sworn in January, Democrat Josh Shapiro has built up his own consumer finance unit in preparation for when Republican Trump's officials take over the Consumer Financial Protection Bureau (CFPB).

The unit is staffed with more than a dozen people and led by a former senior CFPB attorney. Shapiro and this team have already filed cases against Navient, a student loan servicer, which is accused of deceiving borrowers in order to drive up profits, and are leading a 48-state investigation into hacking at Equifax , a consumer credit bureau.

"We’re demonstrating a capacity to handle these big, complex

consumer financial protection cases," Shapiro told Reuters, adding that attorneys general from both parties have asked about how they can "mimic our efforts".

Navient has said it operates within federal laws and rules on student loans, and has contested similar charges brought by the CFPB in court. An Equifax spokesperson said the company cannot comment on pending litigation, "but we remain focused on helping our customers, as well as their employees and consumers, to navigate this situation."

Shapiro expects his case load will grow, particularly now that Trump has installed his budget director and fierce CFPB critic, Mick Mulvaney, as temporary chief of the agency.

The press office at the Office of Management and Budget, which is currently handling public relations for CFPB, said it was too early to comment on Democratic attorneys' plans.

“However, of course we will carry out what we are statutorily obliged to enforce,” spokesman John Czwartacki said.

Created in the wake of the 2007-2009 financial crisis to crack down on predatory financial practices, the CFBP has long been criticized by Republicans, including Trump, who say it is far too powerful and burdens lenders with red tape.

Shapiro is part of a group of Democratic attorneys general from powerful and large states such as California and New York who disagree with Trump's call for financial deregulation.

Since Trump's inauguration in January, those top law enforcement officials have sued the administration at least 25 times over its crackdown on immigration and dismantling of regulations across a range of areas from energy to education.

A little-known provision of the 2010 Dodd-Frank law, which created the CFPB, gives them the authority to enforce the agency's rules and its broad ban on "unfair, deceptive and abusive" practices beyond state lines.

States have rarely used those provisions while Richard Cordray, appointed by President Barack Obama and known for aggressively pursuing financial firms, was in charge of the watchdog.

But with his departure last week, Mulvaney freezing new rulemakings and hiring and a permanent successor expected to loosen the watchdog's regulation and enforcement, top attorneys in states such as Pennsylvania and California say they are preparing to get more active.

"If we have to do this with just states that makes it more difficult but that doesn’t make it impossible," said California Attorney General Xavier Becerra, a Democrat.

One difficulty for states wanting to pursue federal enforcement cases and go after financial firms across state lines, is that, by law, they must notify the CFPB, said Ori Lev, consumer financial services partner at law firm Mayer Brown.

If they proceed without the CFPB' blessing or if the agency changes its mind about a case, then the agency could challenge them in federal court, and they would most likely have to defer to the CFPB, said C. Boyden Gray, a founding partner of Boyden Gray & Associates, who works with the conservative Federalist Society on tracking regulation.

Still, attorneys general have jurisdiction to sue institutions operating in their states under state consumer protection laws and they could join forces to pursue cases nationally. Attorneys general contacted by Reuters and the Democratic Attorneys General Association, representing 22 officials, or nearly half the top state attorneys in the country, said they were prepared to take on more cases.

"Consequently, we are well positioned to use all the tools available to us to protect Washingtonians if a new leader of the CFPB does not share director Cordray’s vigor for protecting consumers,” the Democrat said.

Before the consumer watchdog was created, states often took the lead in cases involving consumer lenders.

As Ohio's attorney general, Cordray, for example, led the investigation of financial firms which precipitated the financial crisis, winning more than $2 billion in settlements for the state and its pension funds.

Consumer advocacy groups have generally applauded the work of both the CFPB and the states on consumer protections, but some Republican attorneys general have sided with Trump on the need to rein in the federal watchdog.

In a Nov. 27 letter to Trump, Republican attorneys from West Virginia, Texas, Alabama, Arkansas and Oklahoma said Mulvaney would help curb “the CFPB’s practice of overreaching regulation that harms the interests of consumers and small financial institutions.”

“You may want to litigate to run out the clock, but you’re going to have six, seven, eight states who will start looking into you,” Earley said, adding she has settled three CFPB cases for clients since Trump took office. Reuters could not independently verify this number.

Michelle Rogers, a partner with Buckley Sandler, said Wall Street may end up with increased regulatory complexity rather than relief as the state attorneys step in.

"They are more nimble than a big federal agency. They have their own staff, and their own agenda, and they can send out a subpoena on a whim on a broader set of issues," she said.

(This story corrects 18th paragraph to attribute idea to C. Boyden Gray, instead of Ori Lev)