‘We keep it real here’: Atlanta anchor righteously calls out viewer who called her a ‘racist n*gger’ 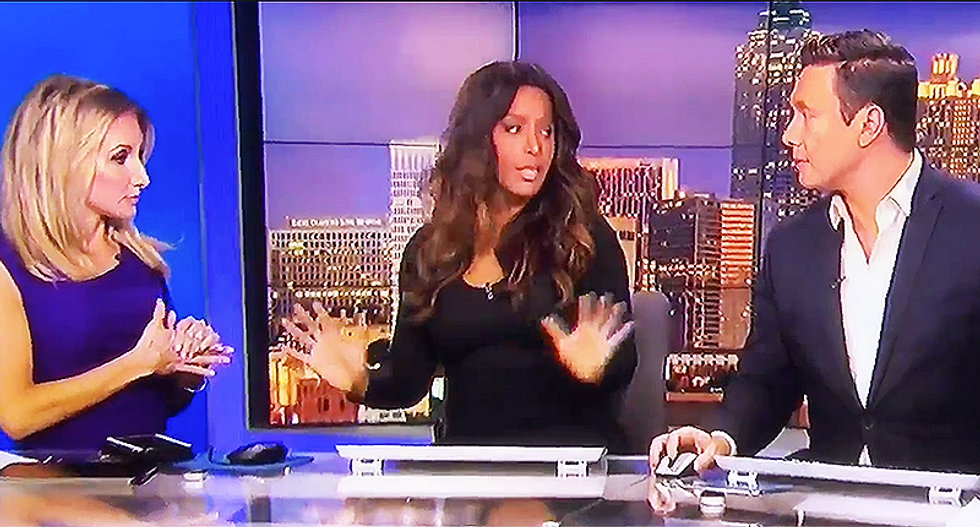 An Atlanta news anchor went viral after responding to a viewer email claiming she was “race baiting.”

Sharon Reed, who co-anchor the local CBS46 news, called out viewer Kathy Rae live on air Tuesday for calling her the N-word. The conversation came amid discussion about the contested Atlanta mayoral race, in which an African-American candidate faced a white candidate.

"You need to be fired for the race baiting comment you made tonight" Rae wrote. "It's o.k. (sic) for blacks to discuss certain subjects but not whites. really??? (sic) you are what I call a N*ger not a black person. You are a racist N*ger (sic). you are what's wrong with the world."

Reed responded by posting the email on the station's Facebook page and reading it aloud on air.

"I'm going to hold it, because I think there's some confusion behind the scenes," Reed began, reading the comment on air and noting she misspelled the N-word. "So, I would say to Kathy, a couple of things. You mischaracterize what I said. I didn't say that white people couldn't talk about race. Quite the contrary. We think that race is an authentic discussion to have. It's one we're having tonight because it's one that many of you are having at home. And it's one that has clearly entered the Atlanta mayor's race. And that's why, behind the scenes, my colleagues and I, white and black, decided, let's go for it. Because we try to keep it real here and I think we do a very good job of it."

She went on to explain you can’t argue by mischaracterizing the other side’s viewpoint.

"So I won't mischaracterize your viewpoint either, Kathy Rae," Reed continued. "I get it. On Dec. 5, 2017, you think it's OK to call this journalist a n*gger. I don't. But I could clap back and say a few things to you. But instead, I'll let your words, Kathy Rae, stand for themselves. And that's the last word."