‘Who knows if he’ll be invited’: Prince Harry ducks question on Obama wedding attendance due to Trump anger 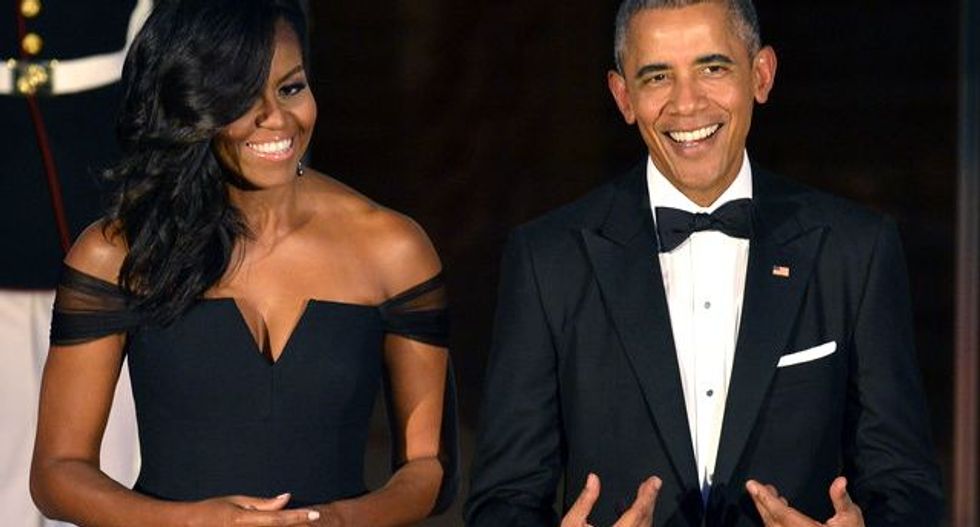 “Harry has made it clear he wants the Obamas at the wedding, so it’s causing a lot of nervousness,” a senior government official told The Sun. “Trump could react very badly if the Obamas get to a Royal wedding before he has had a chance to meet the Queen.”

Disregarding worries by Prime Minister Theresa May, The Daily Beast reports Harry "practically announced that he was inviting the Obamas to his wedding to Meghan Markle next year."

“I don’t know about that. We haven’t even put the invites or the guest list together yet. Who knows if he’ll be invited yet or not—I wouldn’t want to ruin the surprise," Harry said in an interview.

Following the interview, Us Weekly reported the Obamas have already received an informal invite.

“Harry has already told the Obamas he wants them at the wedding but because of the political side of things, like the immense pressure that would follow to invite the Trumps , their appearance at the wedding hangs in the balance,” a source told Us Weekly. “If they don’t go, it will be because the Obamas have turned around and said ‘We understand the situation you’re in, let us make it easy for you.’”

“The friends and family who are going to the wedding already know they’re going,” said the insider. “There are no friends, at least on Meghan’s side, that are in the dark about that. Lots have already booked time off work, planning outfits etc.”

Prince Harry is said to be close to the former first family, especially Michelle.

"Harry and Obama’s bromance has been a remarkably quick-growing affair; they only met for the first time, at the Oval Office, in October 2015. A few hours after meeting the president, Harry was pictured with Michelle Obama watching a basketball game played by wounded warriors at Fort Belvoir, Virginia, as part of his effort to spread the word about the Invictus Games for wounded vets," The Beast explained. "The three apparently connected, and appear to have kept in contact ever since."

Michelle and I are delighted to congratulate Prince Harry and Meghan Markle on their engagement. We wish you a life… https://t.co/KC9nmjZPuX
— Barack Obama (@Barack Obama) 1511817230.0

"In his Radio 4 interview with Harry, Obama remarked that Harry knew Michelle “quite well,” which suggests that the two have communicated beyond their formal, recorded contacts," The Beast suggested. "Whether Harry will be able to invite the Obamas to his wedding remains to be seen, but he must surely be frustrated that the petulance of the current president is the roadblock complicating it."