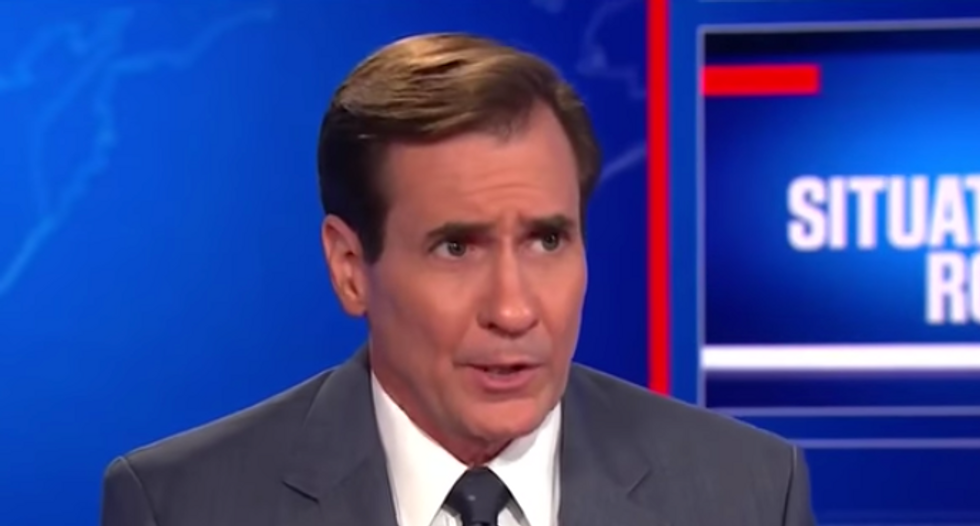 Ret. Rear Admiral John Kirby on Tuesday blew apart Donald Trump’s latest tweet against his own Justice Department, slamming the president’s “ludicrous” attack as indicative of potential “tyrannical” and “illegal acts" he may take in the future.

Trump this morning fired off a tweet about the “Deep State Justice Department,” accusing Hillary Clinton and aide Huma Abedin of “[putting] classified passwords into the hands of foreign agents.”

In an interview with CNN’s Wolf Blitzer, Kirby warned that beyond being an “insult” to career officials at the DOJ, it also shows the lengths Trump may go to in the future to further discredit the Justice Department.

“It’s ludicrous thinking, is what it is,” Kirby began. “And I think one of the consequences is—aside from the message it sends to the people at the Justice Department, it's an insult to their service to the country—but I think it makes one believe that he is trying in some way to inoculate or discredit the investigations, the Russia investigation, so that when it comes out he's already laid the groundwork for that.”

“It also makes we worry a little bit about what tyrannical, sort of, almost illegal acts he might be willing to take in the future against the Justice Department if they don't do what he wants to do,” he continued. “It’s just so counter to what we’re supposed to stand for.”