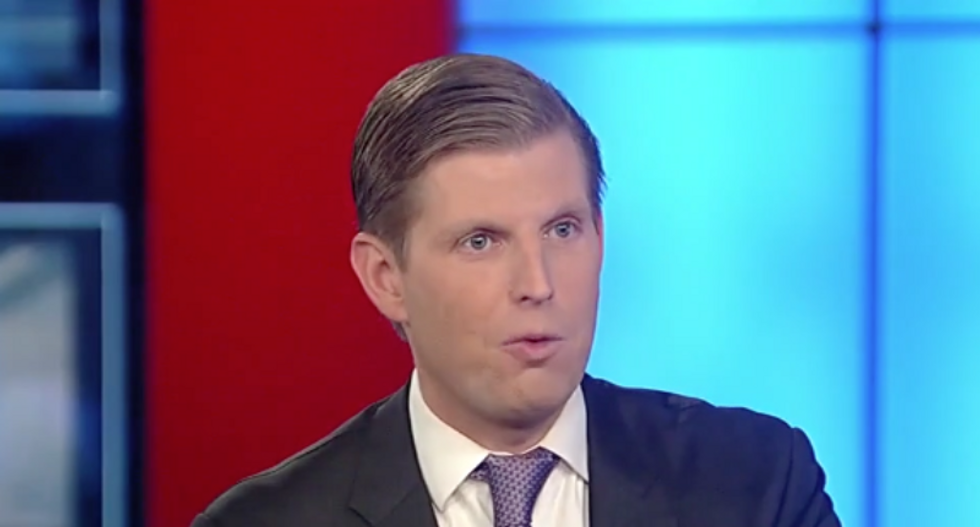 In an interview with Fox News' Sean Hannity, President Donald Trump's son Eric jumped to the defense of his father by appearing to credit him for the "defeat" of the Islamic State.

"My father, first of all, I've never seen the man with a cold," Trump said. "Second of all, he has more energy than anyone else I've ever met in my entire life."

"He will out-work anybody," the president's son said — apparently unaware that his father's White House work schedule lasts a mere seven hours a day, which appears shorter than those of Presidents Barack Obama and George W. Bush.

"ISIS is, quite frankly, a thing of the past," Trump continued. "You had 44,000 terrorists, they're down to less than 1,000 and they're killing those guys off rapidly."

Though the Islamic State has indeed declined tremendously since its rise to prominence in 2014, its militants seized 12 buildings in Southwest Syria just one day after President Trump announced America had "won in Syria" in late December — a move the Syrian Observatory for Human Rights characterized as the largest offensive south of the country's capital "in months."

Watch the bizarre interview below, via Fox News: