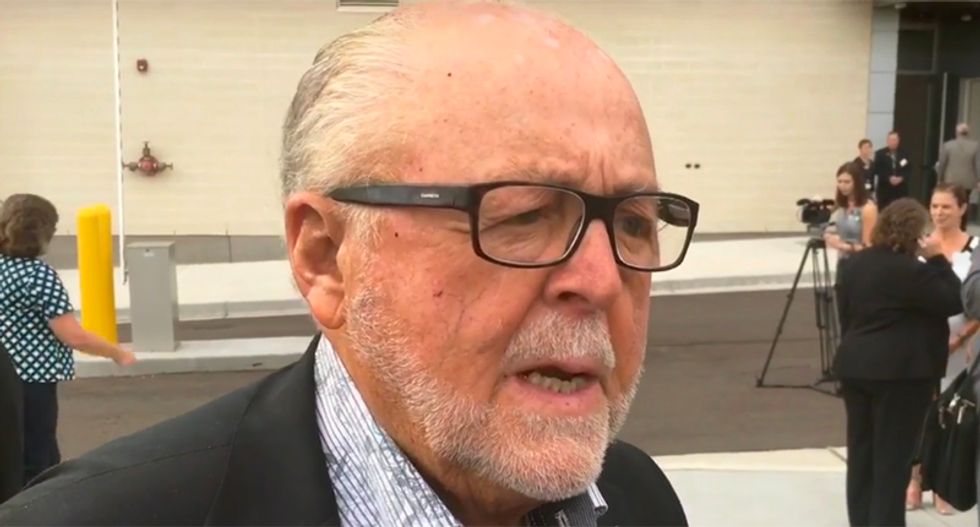 A major Republican fundraiser -- and donator of millions of dollars to Michigan State University  -- attacked critics of MSU president Lou Anna Simon after she was ousted following the sexual assault conviction of Olympic doctor Larry Nassar, who was employed by the school.

Along the way, he also criticized the parents of the abused athletes, suggesting they looked the other way because they were "driven to have a child who is a star."

According to the Detroit News, Peter Secchia -- a businessman and former President George H.W. Bush ambassadorial appointee to Italy --  was infuriated by pressure put on Simon to step down following the conviction of Nassar after he pleaded guilty to seven counts of criminal sexual conduct involving Olympic athletes.

Speaking with WZZM-TV, Secchia slammed critics of MSU and its president over the school’s handling of the widespread scandal that shocked the country.

Secchia took particular aim at parents who are having second thought about letting their children attend the university.

"I would say to them that if you don't feel comfortable with your children at Michigan State, take them somewhere else because we've got a long list of people that want to go to Michigan State and there are some wonderful people left," the millionaire told the TV station.

The former ambassador also came to the defense of Simon, saying, "I love her, I loved her, I worked with her, she was strong, she was good and we'll have a tough time replacing her."

According to the wealthy alumnus, the blame for the sexual abuse should be placed on the U.S. Olympic committee,  and not the school where Nassar was employed, as well as the parents whom he accused of looking the other way.

"We all wonder why the National Gymnastics people aren't being dragged in, the Olympics aren't being dragged in, why some of the parents remained quiet. Were they driven to have a gold medal or driven to have a child who is a star? Were they holding back on the information they had because they didn't want to embarrass their daughter?" Secchia continued. "There are so many different currents in this river of distraught...it's not a pleasant time... but it can only get better."

Following graduation from MSU, Secchia went on to raise large sums of money for the Michigan GOP, as well as becoming the co-chair for the Dole for President campaign.