Joy Reid rails against the Republican Party: They're 'dead from a moral point of view' 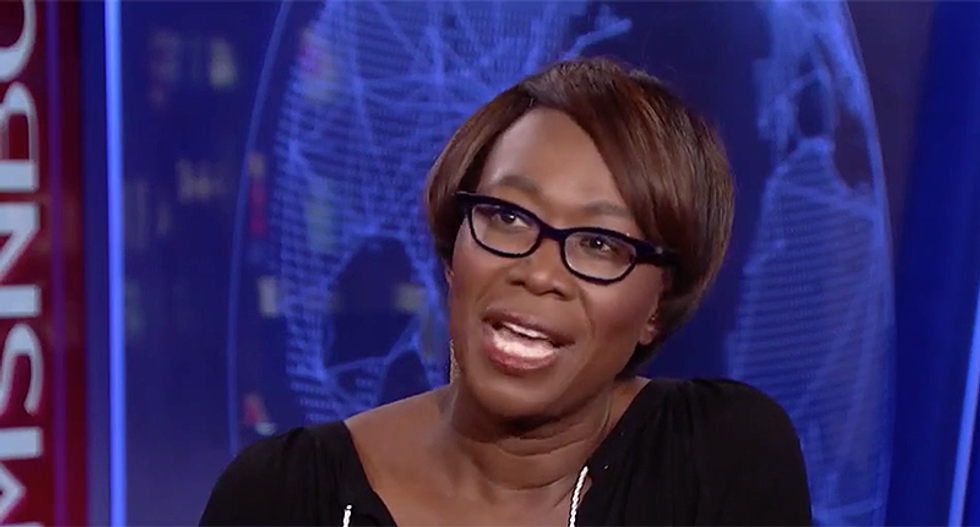 In an interview with SiriusXM Radio host Dean Obeidallah, Reid explained that the GOP has essentially sold out on its principals when President Donald Trump was elected.

“The Republican Party is dead from a moral point of view and has been since they threw in their lot in with Trump," Reid told Obeidallah.

"They lined up behind him [Trump] like the North Korean military," she continued. "They march behind him in lock step as if Trump and his family are the Romanovs and they are the Politburo."

Meanwhile, the Republican Party has decided it will support whomever they're required to, so long as they get their tax cut.

"They are behaving [Congressional Republicans] like the Soviet Kremlin…it’s pathetic," Reid said. "The [GOP] Party has died long ago and they are just dragging their corpses through the graveyard trying to pick up as many pennies from the tax cut and kill as many social programs as they can on the way to the political grave."