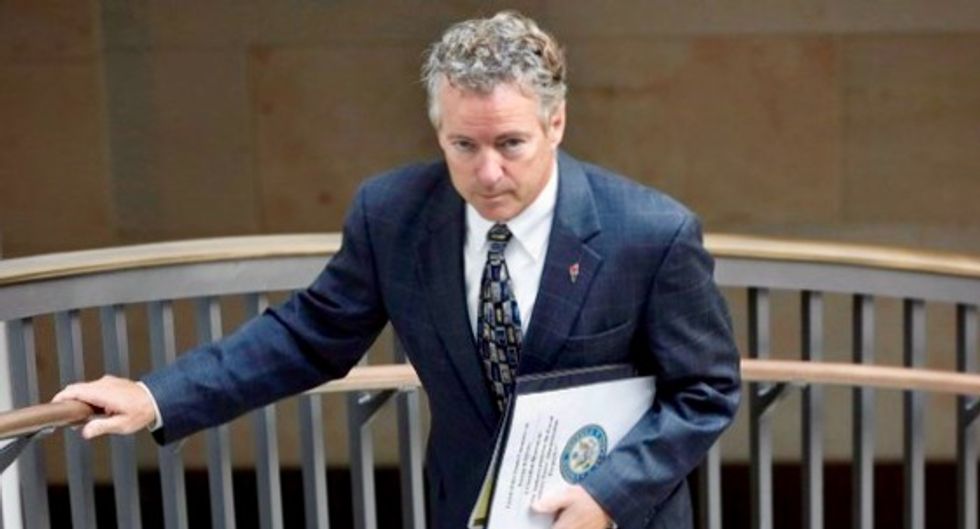 A Kentucky man accused of attacking U.S. Senator Rand Paul outside his home in November has been charged with assaulting a member of Congress, but has told investigators his action was not politically motivated, officials said on Friday.

Paul, a Republican, was wearing headphones while mowing his lawn in Bowling Green, Kentucky, on Nov. 3 when his neighbor Rene Boucher, 58, became angered by seeing the 55-year-old senator stack brush near Boucher's property, the U.S. Department of Justice said in a statement.

Boucher had "had enough" and he ran onto Paul's yard and tackled him, the Justice Department statement said, causing Paul to suffer multiple fractured ribs as well as complications that meant he subsequently contracted pneumonia.

Boucher has signed a plea agreement admitting assaulting a member of Congress resulting in personal injury, which is a felony under federal law, officials said. No date has been set for the taking of his guilty plea and sentencing.

An attorney for Boucher did not immediately return a call seeking comment. Boucher faces a maximum of 10 years in prison if convicted, but in the plea agreement federal prosecutors said they would seek a sentence of 21 months in prison.

"Assaulting a member of Congress is an offense we take very seriously," Josh Minkler, U.S. Attorney for the Southern District of Indiana, said in the statement. "Those who choose to commit such an act will be held accountable."

Minkler was assigned to the case following the recusal of the U.S. Attorney's Office for the western district of Kentucky, where the assault occurred.

Media reports at the time suggested that Boucher, also a physician like Paul, had a long-running dispute with the senator. But Paul told the Washington Examiner he had no problem with Boucher, not spoken with his neighbor in a decade, and knew of no motive for the attack.