Here is what you need to know about new Mormon president Russell M. Nelson 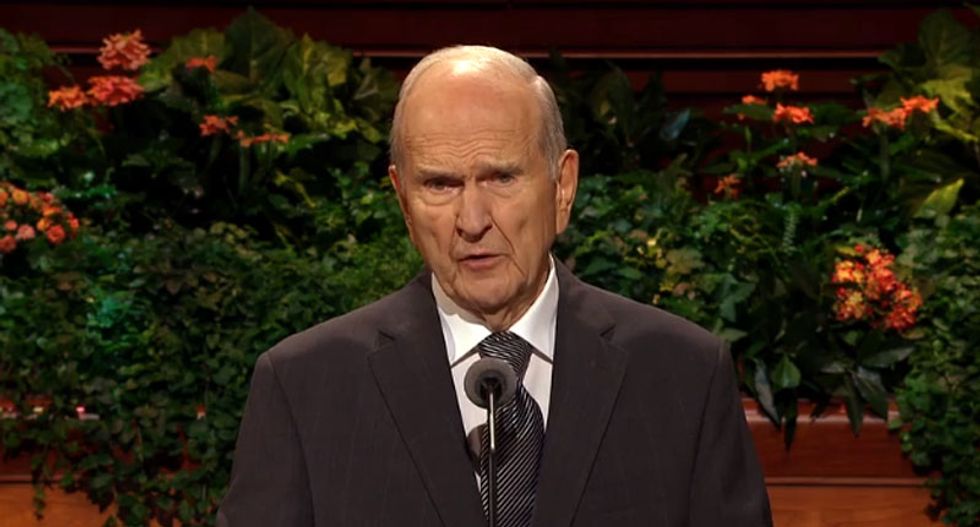 On Tuesday, Russell M. Nelson, a 93-year-old retired heart surgeon, was announced as the seventeenth prophet of The Church of Jesus Christ of Latter-day Saints. As Peggy Fletcher-Stack notes (via Mark Silk), “the Church leadership is still white, male, American.”

Of course, leadership succession in the LDS church depends on seniority, so as the longest serving member of the Quorum of the Twelve Apostles (and therefore its president), Nelson was the de facto successor to President Thomas S. Monson, who died on January 2.

This pattern for transferring leadership was established in 1844 following the assassination of founder Joseph Smith in Carthage, Illinois: although membership of the church splintered behind rivals for the vacant position of prophet, a majority of Mormons chose to follow Brigham Young, then president of the Quorum of the Twelve. Young’s successor was then chosen on those same grounds, and so on.

The only possible surprise in Nelson’s elevation to the presidency was the matter of his counselors; new LDS prophets frequently but don’t always retain the counselors of the previous prophet. Monson’s first counselor was Henry B. Eyring, 84; his second counselor was German-born Dieter F. Uchtdorf, a relative youngster at 77 and the only member of the Quorum of the Twelve not born in North America. Uchtdorf was perceived as extending olive branches and understanding to more marginal members of the church, such as people in the LGBTQ community or women concerned about gender inequality in the church.

Nelson has decided to drop Uchtdorf as counselor, made Eyring his second counselor, and made Dallin H. Oaks, 85, his first counselor. Oaks, a former Utah Supreme Court justice known for his legalistic approach to religion, has objected to candid scholarship about the church by saying, “it’s wrong to criticize leaders of the Church, even if the criticism is true,” and has defended the church’s antipathy to gay marriage by saying, “the history of the church is not to seek apologies or to give them.”

Monson’s obituary in the New York Times sparked controversy when some readers felt that it “focused too narrowly on the politics and controversies of the Mormon Church and overlooked Mr. Monson’s contributions to the community.” Given that the church’s top leadership, as noted above, still consists entirely of straight white American men in their 80s and 90s not known for their open-mindedness or innovation, it seems likely that much of the controversy that has plagued the church will continue.

But perhaps now I’ll get an answer to a question I’ve had for several years about one of the songs from The Book of Mormon musical. Will the lyrics to “I Believe,” in which Elder Price affirms his belief that “the current president of the church, Thomas S. Monson, speaks directly to God,” be updated each time the church gets a new president? At least Russell M. Nelson has the same cadence as Thomas S. Monson, so the transition to new lyrics should be about as seamless as the transition to a new straight white American male LDS president.