‘This is not a normal president’: Legal expert explains why Trump interview is a ‘prosecutor’s dream’ 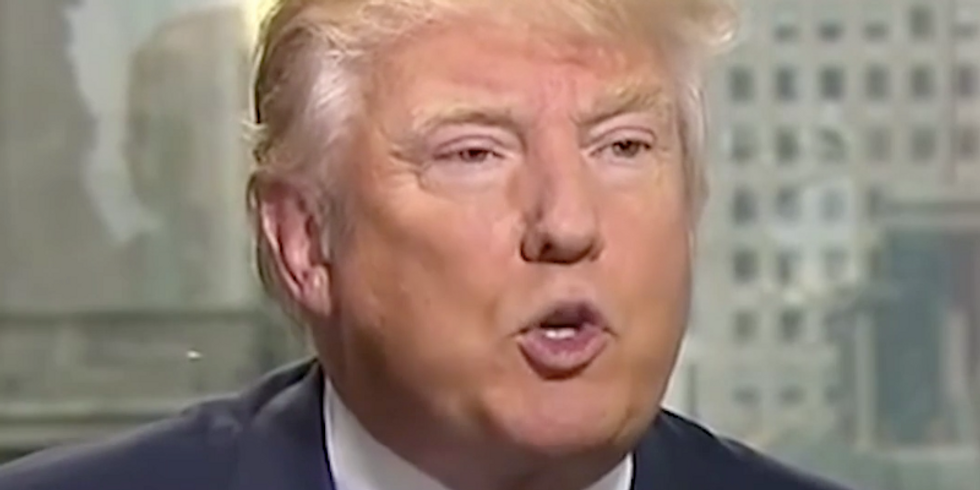 Special counsel Robert Mueller's investigation into possible White House obstruction of justice appears to be close to wrapping up much sooner than previously believed.

Legal experts say that aspect of the wide-ranging Russia probe could be nearing its end, which will almost certainly culminate with an interview with President Donald Trump, reported Bloomberg Politics.

“Clearly the names that are coming out now indicate that we’re into the obstruction of justice side of it,” said Stanley Twardy, a defense lawyer with Day Pitney LLP and a former U.S. attorney for Connecticut. “He’s now getting people who are closest to the president, closest to the issues.”

Mueller's team is expected to interview former White House chief strategist Steve Bannon, who was placed on the national security council to keep an eye on Flynn -- who has pleaded guilty to lying to FBI agents about contacts with Russia.

“There are several data points out there that point to a viable obstruction of justice charge against the president,” said Jeffrey Cramer, a former federal prosecutor now with consulting firm Berkeley Research Group LLC. “The interesting thing is you have hubris involved here. This is not a normal president.”

Cramer said the special counsel's investigation seemed to be moving "expeditiously," and he's sure Mueller relishes a chance to question Trump.

“Interviewing this president on these wide-ranging issues is a prosecutor’s dream," Cramer said.